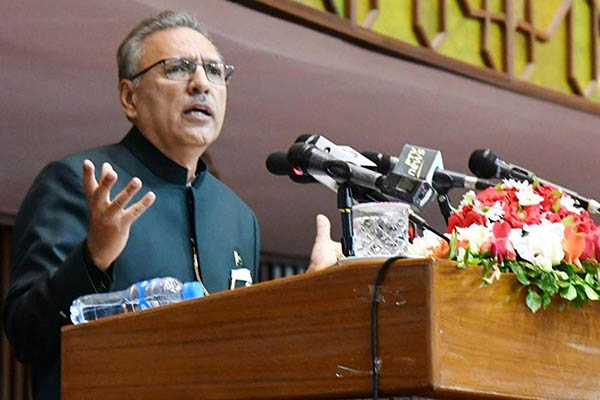 President Arif Alvi on Tuesday approved the Anti-Rape (Investigation and Trial) Ordinance, 2020 to help expedite trials of rape cases, as well as implement harsher punishments for anyone convicted of such offenses.

Under the ordinance, special courts will be set up nationwide to expedite the trials of rape cases on priority basis. It calls for all cases to be resolved within four months and also mandates the establishment of Prime Minister’s Anti-Rape Crisis Cells to conduct medico-legal examinations of all victims within six hours of any sexual assault being reported.

A nationwide registry of sex offenders—with the support of the National Database and Registration Authority—would be established under the ordinance, which has also declared the disclosure of victims’ identities a punishable offense. Police and administrators who are found to be negligent in investigating cases of sexual assault can face imprisonment of up to three years, along with appropriate fines. Police and government officials who provide false information about cases would also face punishment.

Repeat offenders would be chemically castrated under the guidance of a yet-to-be notified board.

According to a statement issued by the President’s House, a fund would be set up by the prime minister, which would be used to establish the special courts designated under the ordinance. For this purpose, grants would be allocated by the federal and provincial governments, as well as international agencies and non-governmental organizations and individuals.

On Nov. 7, the Cabinet Committee for Disposal of Legislative Cases approved two ordinances to introduce harsher punishments for sex offenders, including chemical castration and establishment of special courts for cases of sexual assault. The Law Ministry said that the Anti-Rape (Investigation and Trial) Ordinance, 2020 and the Criminal Law (Amendment) Ordinance, 2020 have introduced the concept of chemical castration as a “form of rehabilitation.”

Claiming that these laws would provide mechanisms to curb sexual abuse crimes against women and children, it said the laws were in compliance with the Constitution as well as the international treaties Pakistan is a signatory to.