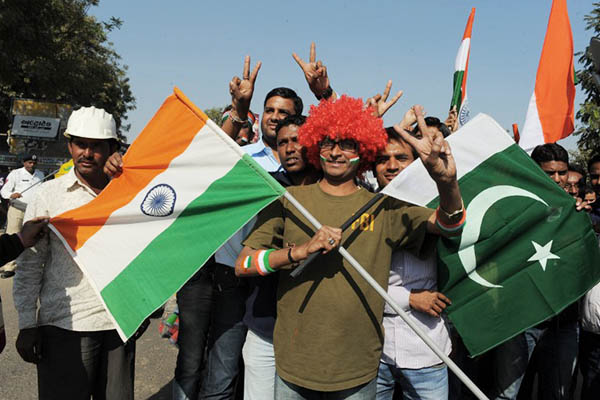 India have far more at stake in Sunday’s Champions Trophy match against rivals Pakistan than launching their title defense—even if skipper Virat Kohli insists it is “just another game.”

The cricket-mad neighboring countries rarely square off and hundreds of millions of fans are expected to tune in and watch the teams fight for national pride at Edgbaston in Birmingham. “Don’t win the Champions Trophy, but just beat Pakistan and we will give you a grand welcome back home,” Indian fan Aman Sood told AFP, summing up the high-stakes contest.

Their few encounters are frequently poisoned by the political rivalry of the day. For almost 18 years, wars prevented either side from visiting the other until the ice was broken in 1978, but even today matches are few and far between.

The two sides have not played a bilateral series since 2012-2013, and India have refused to consider the idea without an end to “cross-border terrorism”—code for alleged militant incursions along the disputed Kashmir border.

The turbulent history places great pressure on Kohli in Sunday’s clash. A victory is vital not just for diplomatic point-scoring but potentially securing a berth in the semi finals.

Kohli “is right in calling it just another game, because he does not want to put more pressure on him and the players,” said former India opener Chetan Chauhan. “It’s the rivalry between the two countries that gets people excited. It is something like England-Australia. Nobody wants to lose to the other,” Chauhan, now sports minister in India’s northern Uttar Pradesh state, told AFP. “Every player wants to do his best against Pakistan and vice versa because that [performance] has value and is remembered for a long time. It is a highly charged match.”

India have never lost a 50-over World Cup or Twenty20 showdown against Pakistan, and a win on Sunday would put them in good stead in a tough group also including Sri Lanka and South Africa. But Pakistan have won two of their three Champions Trophy showdowns against India, ratcheting up the pressure on the tournament’s defending champions.

The element of surprise, once a given between the two sides, has been eroded by technology, which allows the rivals to study each other even without meeting on the pitch, said batting great Sunil Gavaskar. “Even without bilateral ties, there’s no surprise because of videos and all, but yes playing [against] new bowlers you don’t know what magic delivery they have,” Gavaskar said at the Aaj Tak Salaam cricket convention in London.

The two sides last met in Kolkata during the World T20 last year, when hosts India outplayed Pakistan in a group match. Perhaps their most memorable clash of modern times was the gripping 2007 World Twenty20 final, which India won by five runs.