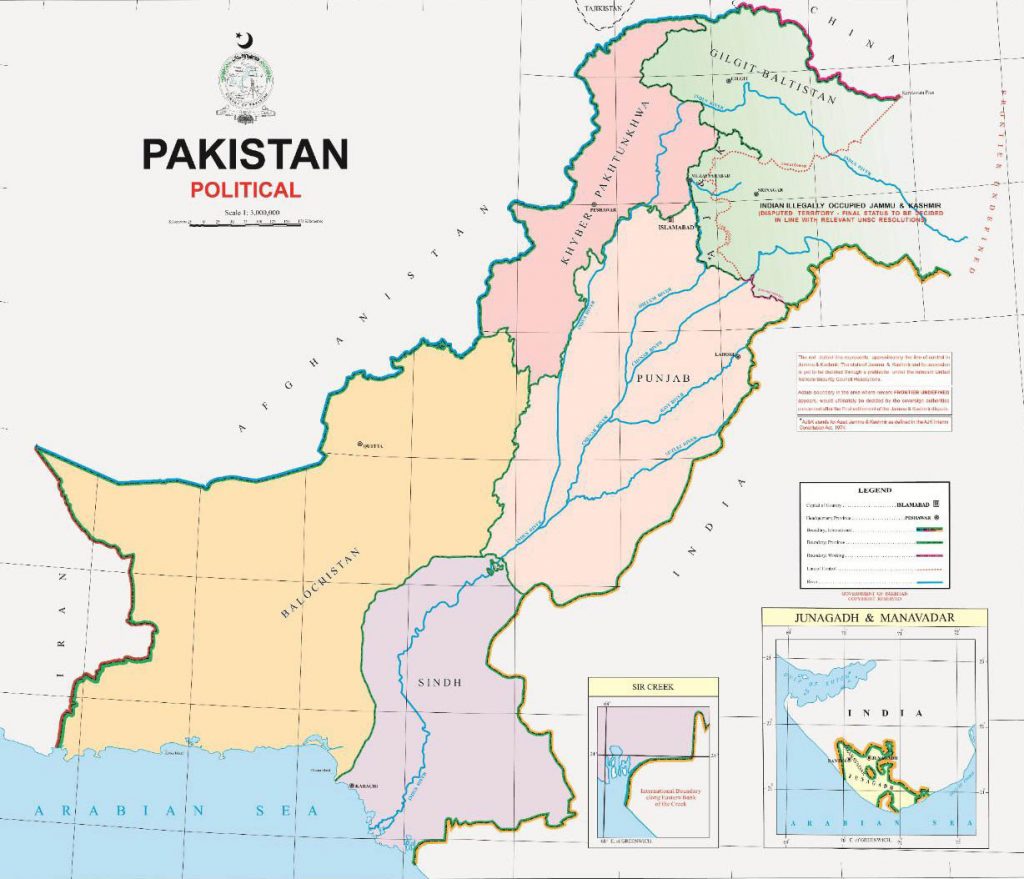 Prime Minister Imran Khan on Tuesday unveiled a new political map of Pakistan, which includes India-held Kashmir as part of the country—but notes the final status will only be decided in line with Kashmiris’ right to self-determination.

Announcing the decision during a televised address to the nation, Khan said the federal cabinet had approved it. “Today is the most important day in history that we are presenting a new political map of Pakistan before the world,” he said, adding that the leadership of Pakistan-administered Kashmir as well as the opposition had approved it. “The new map would now be used in school and colleges as well,” he added.

The final status of “Indian Illegally Occupied Jammu and Kashmir”—as stated on the map—would be decided in line with relevant United Nations Security Council resolutions that mandate the right to self-determination of Kashmiris.

Foreign Minister Shah Mahmood Qureshi explained the changes to the map, claiming it reflected the will and aspirations of the people of Pakistan. “Pakistan has made it clear today that we reject India’s tactics and that Islamabad is ready for a peaceful solution to the disputed territories—Gilgit Baltistan and Kashmir,” he said. “The first thing that this map clears is that the solution to Kashmir will stem from the United Nations Security Council’s Resolution [of 1948], which has been printed on the map,” he added. The map also lays claim to Junagadh and Manavadar.

“The second point it clears is that Siachin is ours and it shall remain that way,” he said of the region that has been occupied by Indian forces since 1984.

Of Sir Creek, the foreign minister said that Islamabad denied Delhi’s claims that it extended to the West. “We have denied that claim and made it clear that our border is on the East,” he said.

According to Qureshi, India had attempted to several acres of land that were Pakistan’s exclusive economic zone through this move and noted that Islamabad had also merged the former FATA areas with Khyber-Pakhtunkhwa province in the map.

This “assures Kashmiris that Pakistan is behind them,” said Qureshi, adding that Pakistan’s ultimate destination was Srinagar.

Following the foreign minister’s briefing, Khan said the only solution to the Kashmir issue was through U.N. Resolution 39, adopted on Jan. 20, 1948, which granted Kashmiris the right to self-determination.

“India is trying to shift people to Kashmir in a bid to make Kashmiris a minority in the region,” he said, in reference to a new domicile law that allows outsiders to buy land and establish residency in the disputed region.

Khan concluded his briefing by reiterating that his government would raise the plight of Kashmiris on every forum possible. “This map is the first step and our struggle for Kashmir will move forward,” he added.