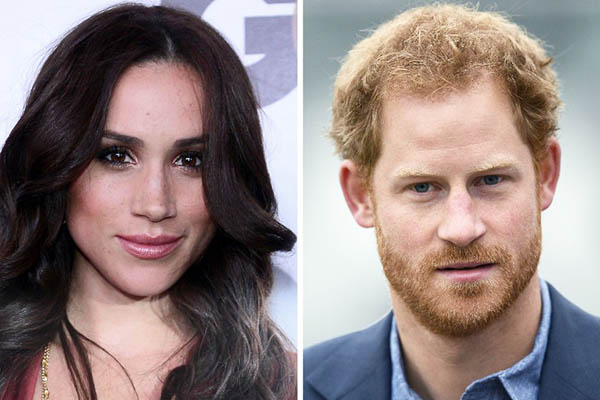 Britain’s Prince Harry confirmed on Tuesday he is dating U.S. actress Meghan Markle as he blasted racist “abuse and harassment” directed toward her since their relationship began.

In a highly unusual statement, the 32-year-old prince urged media to refrain from “further damage” as he hit out at the “racial undertones” of newspaper coverage. Harry also took issue with the “outright racism and sexism” on social media directed against Markle, 35, best known for her role as Rachel Zane in the U.S. television drama Suits.

The Toronto-based Californian’s mother is black and her father is white.

“The past week has seen a line crossed,” said the statement from Harry’s communications secretary Jason Knauf. “His girlfriend, Meghan Markle, has been subject to a wave of abuse and harassment. Prince Harry is worried about Ms. Markle’s safety and is deeply disappointed that he has not been able to protect her. It is not right that a few months into a relationship with him that Ms. Markle should be subjected to such a storm. He knows commentators will say this is ‘the price she has to pay’ and that ‘this is all part of the game.’ He strongly disagrees. This is not a game—it is her life and his.”

A grandson of Queen Elizabeth II and the second son of Prince Charles and the late Diana, Harry is fifth in line to the throne. He spent a decade in the British army, serving twice in Afghanistan.

Since leaving the military in June last year, he has focused on the Invictus Games, a Paralympics-style sports event he founded for wounded service personnel.

The Sunday Express newspaper reported that the prince met Markle in May while promoting the Toronto 2017 edition.

Harry has “never been comfortable” with curiosity about his private life, “but he has tried to develop a thick skin about the level of media interest,” the palace statement said.

In 2012, royal officials complained to press regulators after pictures emerged of Harry partying naked in a Las Vegas hotel room. The statement said that recent coverage had gone too far, citing “the smear on the front page of a national newspaper; the racial undertones of comment pieces; and the outright sexism and racism of social media trolls and web article comments.”

It also said there had been “nightly legal battles to keep defamatory stories out of papers.”

Reporters and photographers have attempted to gain “illegal entry” to Markle’s home, while her ex-boyfriend had been offered “substantial bribes” by newspapers and “nearly every friend, co-worker, and loved one in her life” had been living under “bombardment,” said Knauf.

In a front-page story in The Sun newspaper last week, Markle’s sister called her “shallow” and driven by “social climbing.”

Society of Editors executive director Bob Satchwell suggested that foreign media might be to blame for the harassment, as they were not constrained by the British codes of practice.

Both Harry and his older brother William, 34, are acutely sensitive about media intrusion. Their mother Diana, princess of Wales, had a stormy relationship with the media and died aged 36 in a car crash in Paris in 1997 while being chased by photographers.

Dickie Arbiter, Queen Elizabeth’s former press secretary, told BBC television: “Obviously he’s concerned that what he’s seeing now is sort of shades of what happened to his mother. She’s hurt, he’s hurt and he wants something done about it.”

Normally the palace does not comment on the royals’ private lives and Tuesday’s statement was the first confirmation that Harry has been in a relationship for several months. “He has asked for this statement to be issued in the hopes that those in the press who have been driving this story can pause and reflect before any further damage is done,” said Knauf.

The lengthy statement fueled speculation that Markle will eventually marry the prince. “We’ve been left with little option but to think that Meghan is the one,” said Jessica Bridge of bookmakers Ladbrokes.

Harry split with socialite Cressida Bonas in 2014 and previously had a seven-year, on-off relationship with Chelsy Davy, the daughter of a Zimbabwe safari operator, between 2004 and 2011.