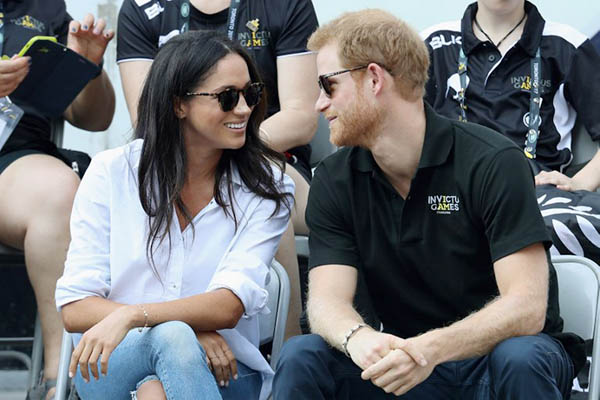 “His Royal Highness The Prince of Wales is delighted to announce the engagement of Prince Harry to Ms. Meghan Markle. The wedding will take place in Spring 2018,” said the official statement.

The couple became engaged in London earlier this month, his office said, adding that the 33-year-old prince had informed his grandmother Queen Elizabeth II, close members of the royal family and had sought the blessing of Markle’s parents. “The Queen and The Duke of Edinburgh are delighted for the couple and wish them every happiness,” said a message on the monarch’s official Twitter page.

The couple will live at Nottingham Cottage in London’s Kensington Palace, where his brother William and his wife Kate live with their two children.

Speculation has been rife that Harry was about to propose to his 36-year-old girlfriend, best known for her role as a lawyer in the hit television show Suits. Markle’s parents Thomas Markle and Doria Ragland said in a statement they were “incredibly happy” and wished the couple “a lifetime of happiness.”

“Our daughter has always been a kind and loving person,” they said. “To see her union with Harry, who shares the same qualities, is a source of great joy for us as parents.”

William and Kate said they were “very excited for Harry and Meghan.”

“It has been wonderful getting to know Meghan and to see how happy she and Harry are together,” said the couple.

Harry and Meghan are believed to have met in May 2016 in Toronto, Canada, where the actress lived. The relationship was formalized by Kensington Palace, which handles communication for Prince Harry, following speculation in the press.

Exasperated by the media frenzy, the palace released a statement attacking the “sexism” and “racism” that Meghan Markle, who is of mixed race, faced in the social media and the press.