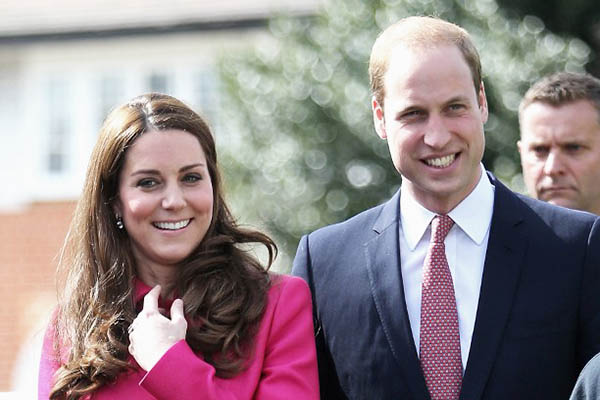 Prince William and his wife Kate will visit Pakistan later this year on the first royal trip to the country in more than a decade, Kensington Palace announced on Sunday.

Pakistan has battled homegrown militants for more than a decade, with tens of thousands of people killed, but the security situation has stabilized recently after crackdowns on insurgents.

The royal couple’s visit, requested by the Britain’s Foreign and Commonwealth Office, shows London’s renewed interest in the country.

“Further details [of the visit] will be advised in due course,” Kensington Palace tweeted.

Many Western countries continue to have travel warnings in place, warning their citizens about kidnappings and bomb attacks—particularly near the restive Afghan border.

Pakistan welcomed the royal visit. “Government and the people of Pakistan warmly welcome the announcement of the Royal visit,” tweeted Pakistan’s envoy to Britain, Nafees Zakaria. He wrote: “People of Pakistan cherish & fondly recall visits of Her Majesty The Queen Elizabeth II to Pakistan during 1961 and 1997.”

The visit comes 13 years after Charles and Camilla—the Prince of Wales and the Duchess of Cornwall—toured the country in 2006. But Pakistan still vividly remembers the late Princess Diana’s visit in 1996.

She traveled to Islamabad, scenic northern areas and Lahore, where she was welcomed by cricketer-turned-politician Imran Khan—now Pakistan’s prime minister after his party’s victory in last year’s election.

Diana—who was friends with Khan—also attended a fundraising event of his Shaukat Khanam Memorial Cancer Hospital.

Britain is home to more than a million people of Pakistani origin, making it the largest Pakistani diaspora in Europe. Bilateral trade between the two countries was worth almost three billion pounds sterling in 2017, with the U.K. currently Pakistan’s third largest source of foreign investment after China and the Netherlands, according to Britain’s Department of International Trade.

British Airways also landed back in Pakistan early this month, in a major vote of confidence from a Western airline, after suspending operations due to security fears over a decade ago. Since the 2008 Marriott attack—when more than 50 people were killed by a bomb in the capital—the country has been largely dependent on Middle Eastern airlines, such as Emirates and Etihad, with most international flights routed through the Gulf.