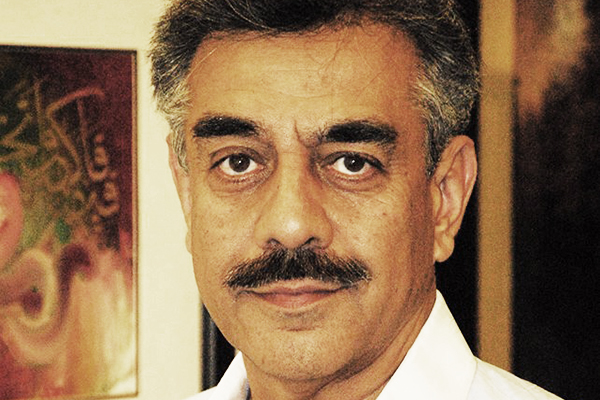 Seven months after passengers on Pakistan International Airlines flight 370 mutinied against VIPs for abusing their privilege and delaying the flight by over 30 minutes, a National Assembly committee has lodged a First Information Report (FIR) against Arjumand Hussain for “creating public disorder.”

Cellphone videos of the anti-VIP protest on PIA’s Sept. 15 Karachi-to-Islamabad flight—featuring Hussain and a diverse group of dissenting passengers—went viral last year, inspiring an anti-VIP movement in Pakistan and neighboring India. The flight was initially delayed due to a technical fault, and incurred another 25-minute delay due to the late arrival of former interior minister Rehman Malik. Dr. Ramesh Kumar Vankhwani, a Pakistan Muslim League (Nawaz) lawmaker, was also tardy and forced to disembark prior to takeoff.

Shortly after the video was released online, Hussain was laid off as a general manager at Gerry’s Group, a logistics company, amid speculation that the decision had been politically motivated. Since his dismissal, Hussain has been hosting Aam Aadmi (The Common Man) on Samaa TV.

Hussain told Newsweek he was unable to comment, as the case is currently sub judice. However, he confirmed the National Assembly Standing Committee on Rules of Procedure and Privileges had lodged an FIR against him.

Chaudhry Asadur Rehman, chairman of the 22-member committee, defended the decision, claiming action had to be taken against “anyone who breaches” the privileges granted to an MNA. “He [Hussain] delayed the takeoff by 15 minutes and he offended our leaders. The committee elected to properly investigate the matter,” he added.

Hussain’s so-called “breach” was widely supported across Pakistan, bringing to the fore the country’s disdain for the undue privilege accorded to ‘VIPs’. Shortly after reports of the FIR went public, Pakistanis protested the decision on social media using the hashtag #WeStandWithArjumandHussain. Sen. Rehman Malik also took pains to clarify he had no part in the FIR to avoid the public backlash. “Pl. [sic] stop misreporting/do not attribute the FIR to me as this latest action agst [sic] Arjmand [sic] is by NA. Please verify before tweeting/reporting.”

The plaintiff of the FIR, PIA Station Manager Baqir Noorani, refused to comment when contacted by Newsweek.

Dr. Vankhwanvi, however, told Newsweek the FIR was justly deserved. “He wronged me. I should’ve been the plaintiff but I let him go,” he said. The lawmaker, however, dismissed rumors that the government was pressuring police to take action against Hussain. “If government pressure was behind this, the FIR would have been lodged the first day,” he said.

Some of our so called “lawmakers” should be behind bars.

what else could be so pathetic then this one. instead of giving him a medal of honor – he is being persecuted now – by the same people who are looting and plundering our Pakistan…

we stand with Arjumand Hussain, GOVT is false

The move will only lower the stature of NA as pa body representing people. Let them move against the previliged and powetful.

no VIP should delay a PIA flight. Arjumand Hussain did the right thing. FIR culture in Pakistan is a sign of intellectual poverty of the Pakistani culture. Everyone in Pakistan needs to step up their game. Students who cheat in exams, parents who encourage them to cheat. Officials who take bribe to do legitimate and illegitimate things, politicians who get lands allocated to them. Bhatta Khors, Terget killers. Militants in political parties. Members of Parliament who grab land and money, police who do wrong things. Where are we going to start.

This FIR is stupid. A confirmation that in Pakistan there is Intellectual Poverty.

This is ridiculous and we condemned it deeply. The . Na committee must reconsider it’s decision of lodging fir.

I am would like to side with Mr. Hussain on this one. All the VIPs in Pakistan always get undeserving privileges. Like the Inspector General of Police AJK, KB Awan who always uses his influence to get access for himself and others to the VIP lounges, free Firstclass upgrades on PIA flights and check in of baggage without security checking.
He also has imported many electrical items without paying custom duties.
Same is true for other VIPs. Pakistan and Pakistanis need to rise against this menace. No one is above law and it should remain like that… but alas there is no law in Pakistan.

Now this is one of the incidents in which ignorant and incompetent so called VIPs have been caught red handed, flouting our country’s rules n regulations through dhons n dhandli..And just look at our rigged NA occupied by dakos n lutairas giving protection to their dako bhai jans ..Sharm inko magar ni aati..!!.

Why not a FIR registered against Rehman Malik for influencing PIA to delay flight which caused all that ?

One needs to see the text of the FIR AGAINST Arjumand Hussain. I recall his loud protests but didn’t see an iota of physical force by anyone to off – load the Parliamentarians in question . Instead, Mr Malik himself turned and backed off from outside the entrance of the plane. How then can an FIR be lodged against anybody? Arjumand should be defended by a competent legal team. Let that be arranged by his admirers.

It is a shame, not a single Member of Parliament supported Mr Arjumand Hussain, who took a principled stand, appreciated by the nation.

Be brave to face consequences.why to cry.