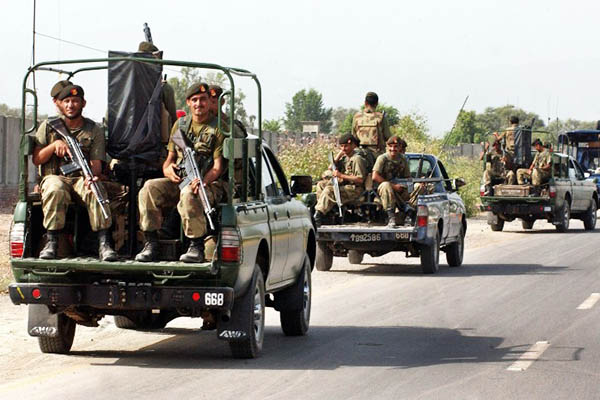 Two members of Touheed-ul-Islam, which is fighting against Lashkar-e-Islam, killed in IED attack.

Two members of a pro-government militia were killed when a roadside bomb detonated near their vehicle in northwest Pakistan on Tuesday, officials said.

The incident happened in the Mastak area of the Khyber tribal district. “Two people were killed and three injured when their vehicle was blown up by an improvised explosive device,” said local administration official Ali Sher.

No group has yet claimed responsibility for the attack. A senior security official said the militia to which the men belonged was battling the Lashkar-e-Islam, an Al Qaeda affiliate.

“The people were fighters of the pro-government militia Touheed-ul-Islam which is fighting against Lashkar-e-Islam,” he said.

Earlier on Tuesday two militants were killed and two injured when a bomb exploded in Miranshah, the main town of North Waziristan.