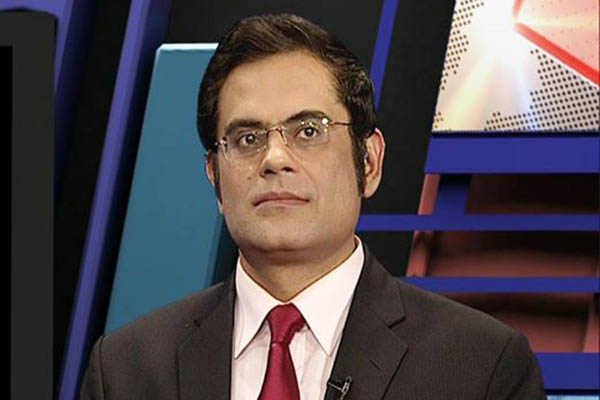 Unidentified gunmen on Friday opened fire at the car of a television anchor known for his outspoken views against the Taliban, killing his driver and injuring his bodyguard.

Raza Rumi was returning home from the Express Television office when his car came under fire from gunmen on two motorcycles in Lahore, police chief Chaudhry Shafique said. Rumi’s driver Muhammed Mustafa, 25, died of his wounds while the attack also injured a bodyguard. Rumi, who is in his early forties, himself escaped with only minor injuries.

“It was a targeted attack,” said Shafique, adding that police found 11 empty bullet casings near the scene.

Rumi said he was distraught over Mustafa’s killing, who he described as “innocent” and a breadwinner for 10 other family members. “God has saved me. I just heard the … bullets when we took a turn near Raja Market and put my head down,” he said, adding his bodyguard leapt to save him. “Extremists want no counter narrative in the state that is why they are attacking alternative voices.”

The attack, which sent shock waves through Pakistan’s media industry, comes as the country has been holding peace talks with the Taliban aimed at ending their bloody seven-year insurgency.

“It’s clearly an attempt to silence the voices of sanity in the media,” he added.

Amnesty International’s Pakistan researcher Mustafa Qadri said: “Raza’s case is a sad reminder of the threats faced by journalists like him who are promoting human rights and understanding in Pakistan. Amnesty International has documented at least three cases of journalists killed this year as a direct result of their work, with scores of others, like Raza, narrowly escaping.”

Earlier this month Pakistan announced it would set up a special commission to protect journalists and will include press freedom as part of peace talks with the Taliban. The violence-plagued state remains one of the world’s most difficult and dangerous countries for journalists. According to media campaign group Reporters Without Borders, seven journalists were killed in Pakistan last year and the country ranked 158th in its press freedom ranking of 180 nations .