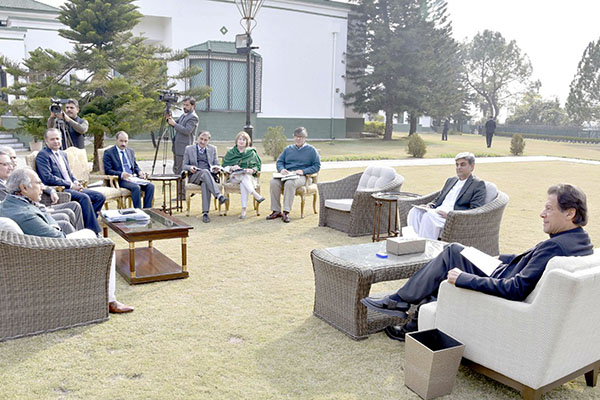 Chairing a meeting about the construction sector in Islamabad, Khan designated its promotion yet another “topmost” priority of his government—he has already designated tourism, children’s rights, eradication of polio, and corruption, among others, ‘topmost’ priorities—adding that this would boost 40 linked industries and spur job creation. Khan said he was aware that people were experiencing financial difficulties due to rampant inflation, but said the government was making efforts to offset this by accelerating economic and business activities.

The prime minister said the government had decided, in principle, to accord the construction sector with the status of ‘industry,’ claiming this would increase the facilities available to it. He also directed the Competitive Commission of Pakistan to take measures to halt the creation of cartels that set unrealistic prices of raw materials related to the construction industry.

Adviser to the P.M. on Finance Abdul Hafeez Shaikh informed Khan during the meeting that sufficient progress had been made to address problems of the construction sector following meetings with the Association of Builders and Developers (ABAD) and other stakeholders. Shaikh said the government had also, as a first phase, allocated Rs. 25 billion for the Pakistan Housing Authority to promote the construction sector even further.

The meeting was also informed that consensus had been achieved on the future policy regarding fixed income tax for industries. In light of P.M. Khan’s desire to see a vertical growth in Pakistan’s cities, the meeting also reaffirmed that a policy on construction of high-rise buildings had been formulated and endorsed by the federal cabinet. Regarding the valuation of immovable properties, officials said the Federal Board of Revenue would appoint a regional valuation committee next week that would include the expertise of ABAD and the real estate sector.

The prime minister also directed the adviser on finance to request the superior judiciary to constitute a special bench for quick disposal of pending cases regarding real estate and construction sectors. He endorsed a proposal to promote a compliance regime instead of the existing No Objection Certificate system.

In addition to the prime minister and finance adviser, the meeting was also attended by Naya Pakistan Housing Authority Chairman Anwar Ali Haider; a representative of the Association of Builders and Developers, and other senior officials.