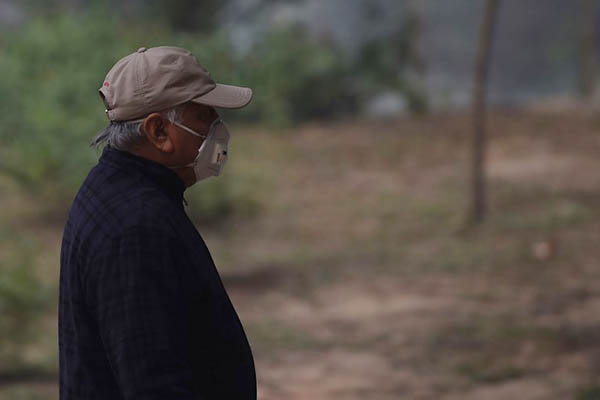 New Delhi’s homeless will be given cotton masks to help them survive in the world’s most polluted major city, officials said on Monday, although experts said the basic coverings would be useless against deadly smog particles.

Each winter the capital of 20 million chokes through haze so extreme that levels of airborne pollutants eclipse safe limits by more than 30 times. The poor and homeless suffer the worst, through constant exposure to a toxic brew of car fumes, factory exhaust and construction dust.

Measures to curb the smog—from reducing heavy goods traffic and firecrackers to banning farmers from using fire to clear their fields—have failed to clear the skies.

Bipin Rai from Delhi’s city government said that 10,000 face masks would be given “to homeless families, women, patients and children as pollution levels are on the rise.” But experts said these masks offered little to no protection against the most poisonous pollutants in the air—particles known as PM2.5 so small they can penetrate the heart and cardiovascular system.

“These masks are redundant, as fine particles harmful to the human body will not be filtered out,” said Vivek Chattopadhyay from the Center for Science and Environment. “It is ineffective, and the government should instead offer medically approved masks.”

Rai, from Delhi’s Urban Shelter Improvement Board, defended the scheme. “Has any expert who is commenting on the masks and their durability tested them? How can they comment on something they’ve not tried?” he said.

Levels of PM2.5 measured by the U.S. embassy in Delhi on Monday showed readings hit 378—more than 15 times safe limits.

The World Health Organization last year said exposure to air pollution killed 600,000 children around the globe every year. Tiny particles in the air can be absorbed into the bloodstream and have been linked to chronic bronchitis, lung cancer and heart disease. The report found that children in poorer countries are far more at risk, with a full 98 percent of all children under five in low- and middle-income countries exposed to PM2.5 levels above WHO air quality guidelines.