Protest Ban in Islamabad Ahead of Anti-Government Demonstration 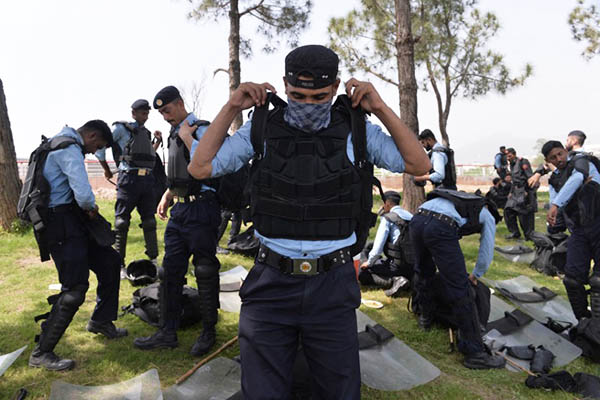 The PMLN government has imposed Section 144 in the capital for two months, preventing large groups from gathering in the city.

Pakistan on Thursday banned all public gatherings in Islamabad for two months, setting the stage for confrontation ahead of a major protest aimed at paralyzing the capital and unseating Prime Minister Nawaz Sharif.

The premier is under growing pressure from opposition parties over his children’s offshore bank accounts, which were revealed in the Panama Papers leak. Former cricketer turned opposition leader Imran Khan, who is due to lead the protest on Nov. 2, has demanded Sharif stand down over the revelations.

“This will be a decisive and historic gathering, people will come together with resolve to hold the prime minister accountable,” Khan told reporters.

However, there will be a heavy police presence in Islamabad to deter protesters with confrontation now appearing inevitable.

Khan led a previous mass protest in the summer of 2014 that lasted four months, allying himself to populist cleric Tahir-ul-Qadri to back a sit-in in front of Parliament calling for the government to resign over election rigging allegations.

A notification banned gatherings for two months under Section 144 of the Pakistan Penal Code because protests were “likely to threaten public peace and tranquility, cause public annoyance or injury, endanger human life and safety.” The planned protest comes at a sensitive time for Sharif, with the Supreme Court due to start hearing a case into the Panama Papers revelations about Sharif’s family involvement on Nov. 1.

The court will also decide whether to launch a criminal investigation.

The Sharif government’s relationship with the Army is also at low-ebb following the publication of an embarrassing report this month that said civilian officials had clashed with the military over its alleged covert support for proxy fighters.

During the 2014 protests, high-ranking members of the ruling PMLN party told AFP that Khan’s protests were being supported by the military to cement its control over security and foreign policy in return for not carrying out a coup.

The Army has used the pretext of civil unrest to unseat governments three times in Pakistan’s history and some analysts believe Sharif may be forced to strike a deal that would appease the military to ensure his survival. Security analyst Imtiaz Gul said the military would also like Sharif to pick a successor to Army chief Gen. Raheel Sharif that it approves of when his term ends in November.