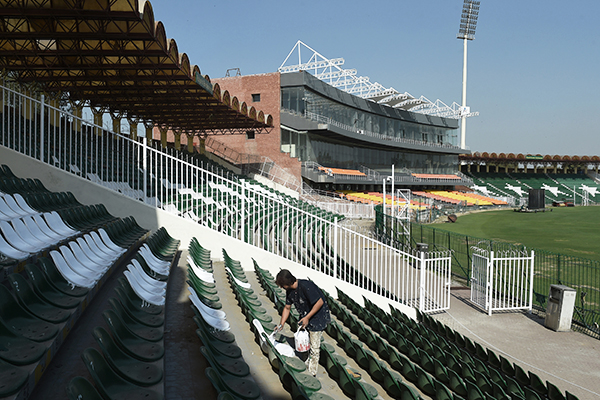 The Pakistan Cricket Board is going ahead with its program of holding the final of its smash Pakistan Super League (PSL) series in Lahore on Sunday, March 5, amid fears that it might be attacked by Afghanistan-based terrorist groups.

Founded last year under the stewardship of Najam Sethi, the PSL has only been played in Dubai because it features foreign players. The decision to proceed with the final was taken by Prime Minister Nawaz Sharif and Army chief Gen. Qamar Bajwa. Terrorism had gone down by as much as 60 percent across Pakistan, but that good feeling is currently challenged by the recent wave of carnage in all four provinces. This will be the first PSL match on home turf, and its successful (and peaceful) conclusion will be highly symbolic and soothing.

Despite strict advisories, foreign players in the PSL will be in Lahore to play the final. The success of the tournament in the United Arab Emirates has been impressive, so is the pledge by the government and the Army to take on terrorism with the new military campaign, Radd-ul-Fasaad. But the reality of India being at the back of a “reactive” wave of terrorism can’t be denied. Gen. Bikram Singh, former Indian Army chief, has openly said on TV that India pays Pakistanis to unleash terror in their own country.

Principles, while making any conduct predictable, hurt when adopted on the presumption of conflict. Pakistan needs to be flexible toward its neighbors while facing the boomerang of homegrown terrorism; flexibility means abandoning the principles of past conduct, including its position on proxy warriors. The China-Pakistan Economic Corridor initiative will bring prosperity only if Pakistan’s neighbors are at peace with it.

Be that as it may, the top-level decision to host the PSL final in Lahore is a bold and correct one. Let’s make it a success. God knows we need it.