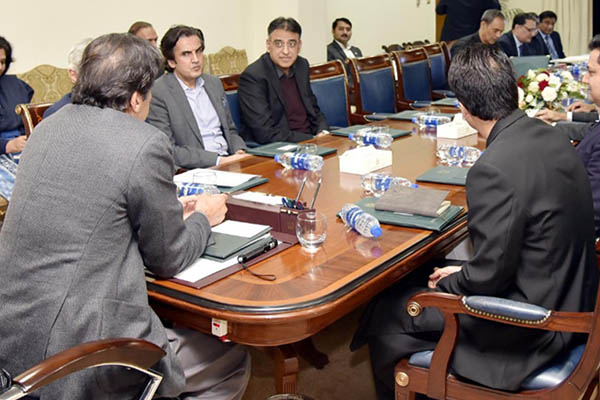 Prime Minister Imran Khan on Wednesday reaffirmed his government’s commitment to improving conditions for the business community to accelerate the process of economic development.

While chairing a meeting of the Pakistan Tehreek-e-Insaf government’s economic team in Islamabad, he said the country was entering a period of economic stability, with the trust of investors and the business community being restored, due to the efforts of his regime.

Khan, once more, referred to overseas Pakistanis as a great asset for the country, saying the government would take all steps necessary to facilitate them. He said the foreign remittances received from overseas Pakistanis were a major boon for the national economy, and directed the meeting to ensure there were no deductions in monies sent to the families of people living and working abroad.

The government’s economic team, during the meeting, presented the P.M. with a proposed incentive package for overseas Pakistanis who avail legal channels for the transfer of foreign remittances. The package calls for special incentives to banks and exchange companies to promote foreign remittances.

PM Imran Khan is working very hard to turnaround the country. All indicators are positive but it needs time.