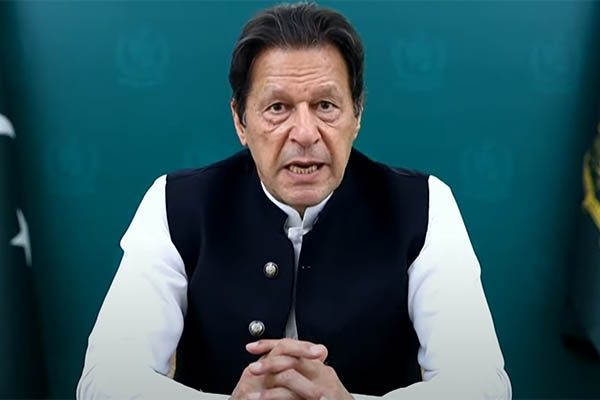 Prime Minister Imran Khan on Friday said that the Pakistan Tehreek-e-Insaf-led government is undertaking dialogue with “some groups” of the banned Tehreek-e-Taliban Pakistan in a bid to seek reconciliation with militants who have claimed responsibility for the deaths of thousands of Pakistanis.

“I think some of the TTP groups actually want to talk to our government for peace, for some reconciliation, and we are in talks with some of the groups,” he told Turkish broadcaster TRT World in an interview. To a question on whether the government was requiring the militants to surrender their arms before granting them any clemency, Khan said: “Yes, we forgive them and they become normal citizens.”

To another question, he admitted that the Afghan Taliban were facilitating the dialogue. “In the sense that the talks are taking place in Afghanistan. In that sense, yes,” he said.

When the interviewer brought up the TTP continuing to target Pakistan’s security forces despite the ongoing talks, the premier appeared to dismiss the surge in military casualties as just a “spate of attacks.” Admitting that it was highly likely that no settlement would be reached, he stressed that dialogue was necessary as he didn’t believe in military solutions.

“I am anti-military solution, and as a politician, I believe political dialogue is the way ahead, which was [also] the case in Afghanistan,” he said.

While this is the first time the government has admitted to talks with the TTP, senior leaders have been hinting at it for nearly a month. Earlier in September, President Arif Alvi had suggested that the government could consider giving an amnesty to the members of the TTP who were not involved in “criminal activities” and had agreed to adhere to the Pakistani Constitution.

Foreign Minister Shah Mahmood Qureshi echoed his statement during an interview on Sept. 15. He said the government would be “open to giving” a pardon to members of the TTP if they promised not to get involved in terrorist activities and submit to the Pakistani Constitution.

The prime minister’s admission of talks with the TTP—without taking Parliament into confidence—has provoked outrage and outright rejection of the dialogue from opposition politicians, many of whom bore the brunt of the militant group’s attacks during their tenures in government.

In a statement, PPP Senator Sherry Rehman questioned the basis on which the PTI government was designating “good” and “bad” Taliban. Noting that one incumbent minister had recently suggested that the TTP was being funded and facilitated by India against Pakistan, she said another wanted to disarm and rehabilitate them if they renounced violence. “There is now little confidence on this cabinet to negotiate terms with any actor international or local, because clearly they are unable to manage a balance that is acceptable, let alone favorable to the Pakistani people,” she added.

Former president Asif Ali Zardari, in a separate statement, said the only cure for terrorists was to fully implement the National Action Plan. “Destroying nurseries of terrorism is the cure for those who challenge the state’s writ,” he said, stressing that all terrorists should be treated as enemies of the state.

PML-N Senator Irfan Siddiqui in a third statement regretted that offering amnesty to the TTP without taking the nation and Parliament into confidence had raised many questions. He noted that in 2014, then-prime minister Nawaz Sharif had taken all political parties onboard before negotiating with the TTP and announced the formation of a committee for this purpose in Parliament.