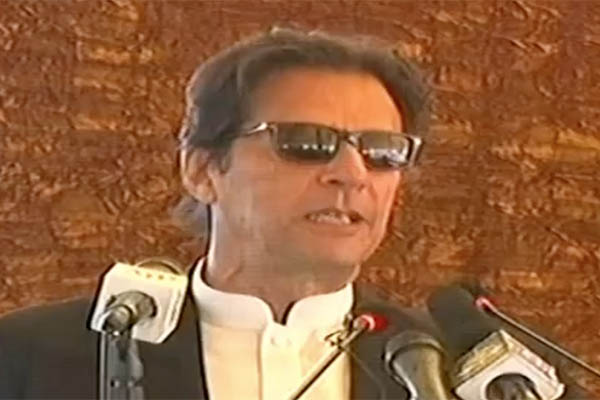 The Pakistan Tehreek-e-Insaf-led government will prioritize the tourism sector in Gilgit-Baltistan, as it has great potential for advancement, Prime Minister Imran Khan said on Wednesday.

Addressing the oath-taking ceremony of the provincial cabinet, he said that as a regular visitor to the region prior to becoming premier, he was well aware of the great potential of the region. “In the summers, you see a tsunami of tourists; hotels and rest houses fill up,” he said, noting that this had not thus far materialized during the harsh winter months.

“Last week, I met a major company from Austria that specializes in skiing,” he said, noting that Switzerland’s tourism was primarily related to skiing. He said the company had informed him that areas in Gilgit-Baltistan witnessed 7-8 months of skiing weather, adding that discussions were ongoing to bring this type of international tourist to Gilgit-Baltistan during the winter months. “This will benefit Pakistan through foreign exchange,” he said.

The prime minister said the government would provide loans on preferential terms to people wishing to adapt their homes to rest houses so they could profit off this tourism.

The prime minister said the government’s first step would be to commence work on providing provisional provincial status to Gilgit-Baltistan, as announced by him prior to the elections. “The people of this region should never feel they are not equal citizens of Pakistan,” he said, adding that the government would form committees that would be given timelines to implement the provisional provincial status.

Noting that the people of Gilgit-Baltistan knew best what kind of development was needed for their area, he said this was part of the Riyasat-e-Madina. “When we talk about Riyasat-e-Madina, the most important thing is prioritizing the uplift of the under-privileged,” he said. Referring to the Ehsaas program, he said it was part of the government’s efforts to eradicate poverty, adding it would soon be launched in Gilgit-Baltistan. He also discussed the Sehat Insaf card, saying it would soon be launched in Gilgit-Baltistan, offering Rs. 1,000,000 to every household in the form of health insurance.

Khan also maintained that a 250-bed hospital in Skardu would soon be completed and vowed that it would be upgraded per requirements. He said the government had found that 300MW of power would be sufficient for all of Gilgit-Baltistan, adding that construction was underway on two hydroelectric projects; two were in the pipeline; and two had been approved. “We are also considering micro-hydroelectric and solar projects to meet power needs,” he added.

The prime minister said a Special Economic Zone, as part of the China-Pakistan Economic Corridor, would be established in Gilgit-Baltistan to boost employment.

“My vision is to uplift the impoverished by working on the principles of Riyasat-e-Madina,” Khan reiterated, saying this would bring with it God’s blessings. In addition to Gilgit-Baltistan, we will also uplift southern Balochistan, he added.

In a message to the newly elected chief minister and cabinet of Gilgit-Baltistan, he said that they must remain ‘sadiq’ and ‘ameen.’ Hitting out at the opposition, he claimed he had known former prime minister Nawaz Sharif and former president Asif Ali Zardari for over 30 years. “Their lies just beget more lies. Money earned through corruption is a plague from God” as it also forces your children to lie for you, he said.

Criticizing the opposition Pakistan Democratic Movement’s public rallies, he claimed they were aiding in the spread of novel coronavirus. “They are only doing these to protect their thieving,” he said. He also referred to a BBC interview with former finance minister Ishaq Dar, saying “stress” was visible on his face throughout it.