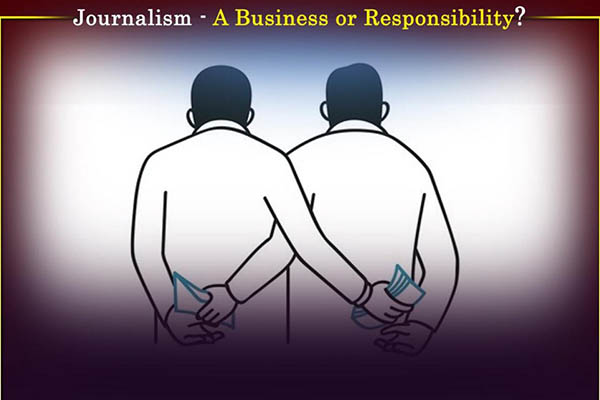 A screengrab of one the tweets posted by the PTI. Twitter

The ruling party of Prime Minister Imran Khan has launched another blistering attack on the press, linking critical coverage to potential “treason” in the latest broadside against beleaguered media.

The official account of the Pakistan Tehreek-e-Insaf (PTI) party fired off over two dozen tweets in English and Urdu late on Tuesday, lambasting the press for coverage criticizing the government and Khan, which it deemed “Anti-State.”

“Freedom of Expression is beauty of Democracy. Expressing Enemy’s Stance is Not Freedom of speech but treason against its people,” read one tweet. “Media houses & journalists must take care that in their quest for criticism on State, they intentionally or unintentionally do not end up propagating enemy’s stance,” read another, with the hashtag: #JournalismNotAgenda.

Pakistan routinely ranks among the world’s most dangerous countries for media workers, and reporters have frequently been detained, beaten and even killed for being critical of the government or military. In recent years the space for dissent has shrunk further, with the government announcing a crackdown on social networks and traditional media houses decrying pressure from authorities that they say has resulted in widespread self-censorship.

The Committee to Protect Journalist last year warned that the Pakistani military had “quietly, but effectively, set restrictions on reporting.” The government has defended its record, and last week Foreign Minister Shah Mehmood Qureshi told a media freedom conference in London that there was “no question of gagging” journalists after being challenged on his country’s record.

Prime Minister Khan, a cricket hero who captained the national team to World Cup victory in 1992, was elected last summer after running a fiery campaign—vowing to crack down on corruption and build an Islamic welfare state. But, nearly one year later, his rule has been marred by a crackdown on civil rights activists, the rounding up of opposition leaders, and increased pressure on the press. His government is also struggling to right the country’s floundering economy, with ballooning deficits, soaring inflation, and a sinking rupee stirring discontent.

Among other tweets, the PTI also warned that the media was a “powerful tool of depicting the positive image of our country. Anti-State actions not only impact the credibility of our journalism community but also sends out a wrong message to the world.”