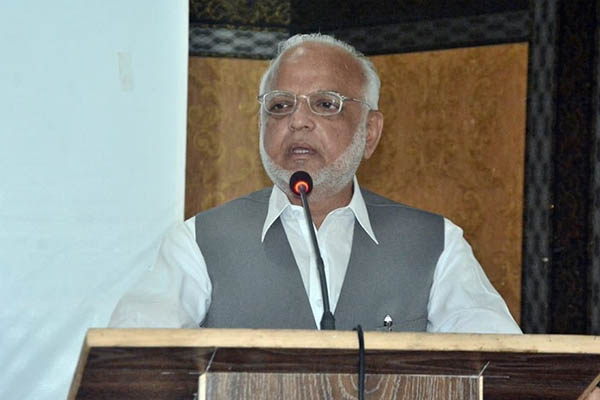 Ruling Pakistan Tehreek-e-Insaf (PTI) Punjab President Ejaz Chaudhry on Tuesday hinted that his party was willing to enter into a political alliance with the proscribed Tehreek-e-Labaik Pakistan (TLP) in the next general elections, as Information Minister Chaudhry Fawad Hussain linked it to “international isolation.”

The TLP suspended a two-week-long protest earlier this week after inking a secret agreement with the government. While there has been no official confirmation of the contents of the deal, clerics involved in the negotiations have said that it would be made public after 10 days and that it envisaged the TLP being “mainstreamed” into the political process and an end to its proscribed status.

In his statement, which was issued to several news channels, Chaudhry—who is also a senator—said that he would personally greet detained TLP chief Saad Hussain Rizvi with a bouquet of flowers upon his release. He also noted that the PTI and TLP shared views on the issue of respect for Islam’s Prophet.

Welcoming the agreement signed between the government and the TLP, he described it as a “good omen.”

Chaudhry’s statement has raised eyebrows, especially as it comes less than a week after senior federal ministers declared the TLP a “militant” organization and alleged that it had the support of neighboring India. Since the inking of the deal, however, the government has sought to backtrack, with Prime Minister Imran Khan reportedly directing his cabinet to not comment on the issue before media.

Meanwhile, Information Minister Chaudhry Fawad Hussain appeared to dismiss Chaudhry’s statement as a personal opinion, stressing that the issue had not been discussed within the party or by the federal cabinet.

In a separate posting on Twitter, he said that religious groups had the potential to incite violence, but they had never managed to bring about any change through politics. “At one point [banned group] Sunni Tehreek was more violent than TLP, but [it is] done and dusted,” he wrote in a statement on Twitter. “This party will be over sooner. Alliance with such a party means international isolation,” he added.