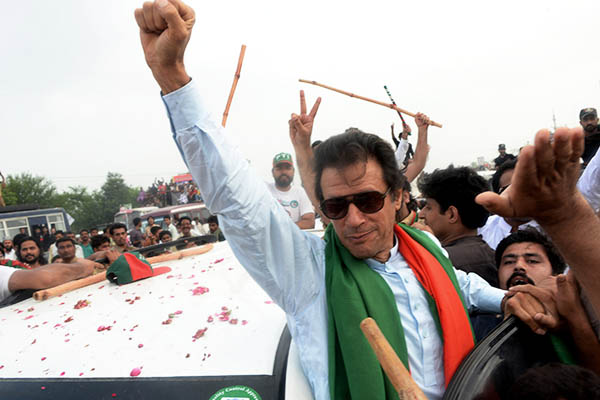 Opposition party has not resigned from the Khyber-Pakhtunkhwa Assembly, where it is in power.

The party of cricketer-turned-politician Imran Khan has decided to resign all its seats in the country’s National Assembly, a senior official said on Monday, amid a bitter row with the government over alleged election rigging.

Khan’s Pakistan Tehreek-e-Insaf has rallied with thousands of supporters in Islamabad in recent days, demanding the government step down and hold fresh elections. But the protest failed to attract the vast crowds Khan had promised and other opposition parties on Monday distanced themselves from his call for a campaign of civil disobedience, leaving him looking isolated.

He said the party was still making a decision about what to do in northwestern Khyber-Pakhtunkhwa province, where they are in power. Qureshi did not give a timeframe for submitting the resignations.

A government spokesman told media after the announcement that it hoped the PTI would reverse its decision. However, he said, the government could proceed to by-elections if no resolution was achieved.