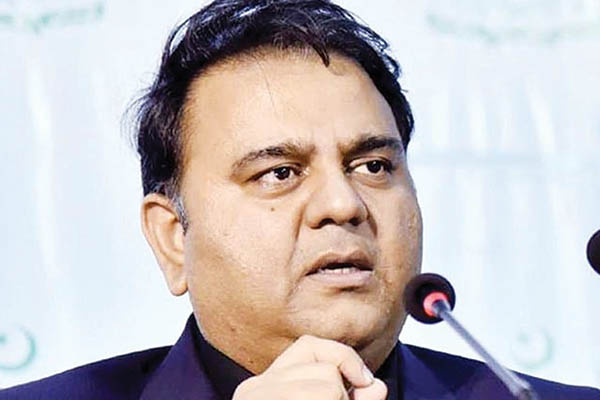 The Pakistan Tehreek-e-Insaf (PTI) on Friday vacillated between demanding the media not fall for “Israeli” propaganda and questioning whether Abraaj Group founder Arif Naqvi had given millions of dollars to the Sharif family as it sought to detract criticism over new allegations of “foreign funding” in a report published in the Financial Times.

Authored by journalist Simon Clark, the article has reiterated allegations of the PTI securing “foreign funding”—in violation of Election Commission of Pakistan (ECP) laws—through Naqvi. It specifically cites the donation of “at least £2 million” from a U.A.E. government minister who is also a member of the Abu Dhabi royal family, Sheikh Nahyan bin Mubarak al-Nahyan, claiming these funds were transferred to an account registered as Wootoon Cricket Limited before being transferred to the PTI through Abraaj.

The report also alleges a link between K-Electric, majority owned by Abraaj, and Naqvi’s attempts to secure political backing for a sale to Chinese state-controlled Shanghai Electric Power. “In 2016, he [Naqvi] authorized a $20 million payment for Pakistan politicians to gain their support, according to U.S. prosecutors who later charged him with fraud, theft and attempted bribery,” it states, adding that the payment was allegedly intended for then-prime minister Nawaz Sharif and his brother, Shehbaz Sharif. “The brothers have denied any knowledge of the matter,” it added.

In a posting on Twitter, PTI leader Chaudhry Fawad Hussain urged the Pakistani media to avoid portraying “their own people” as “villains” because of a case in the U.S. “Whenever a Muslim, especially a Pakistani Muslim, gains influence beyond a certain point, it is not appreciated by the Israeli lobby,” he said. “The case against Arif Naqvi in the U.S. claims he violated America’s financial laws. Similar allegations were levelled to shut down the BCCI [Bank of Credit and Commerce International]. The question remains why we become part of propaganda when we know the Israeli lobby is behind it all,” he added.

However, within hours of posting this, Fawad appeared to suggest Naqvi had bribed the Sharifs by citing the claims in the FT article. “Interestingly despite the fact that Sharif Brothers received $20 million is mentioned only as passing remarks whereas legal funding of $1.3 million to PTI is pegged as something drastic, angling of FT is worse than some Pakistan media groups,” he wrote, erroneously, as the story specifically states money was offered; not that any was received. Sources within the PMLN have claimed that Naqvi’s failure to get his K-Electric deal approved by the PMLN-led government that preceded the PTI’s tenure “proves” these claims as false.

Pending since 2014, the verdict of the PTI prohibited funding case was reserved by the ECP in June. Since then, the ruling coalition has been demanding that it be released “immediately” to “expose” Khan. According to a report submitted to the ECP in January by a scrutiny committee probing the party’s funds, it hid funds worth millions of rupees from the ECP.

The report went on to say the PTI had provided “false information” regarding its funding to the ECP, adding that a State Bank of Pakistan statement had revealed the party had received Rs. 1.64 billion in funding and had not disclosed Rs. 310 million of it to the ECP.