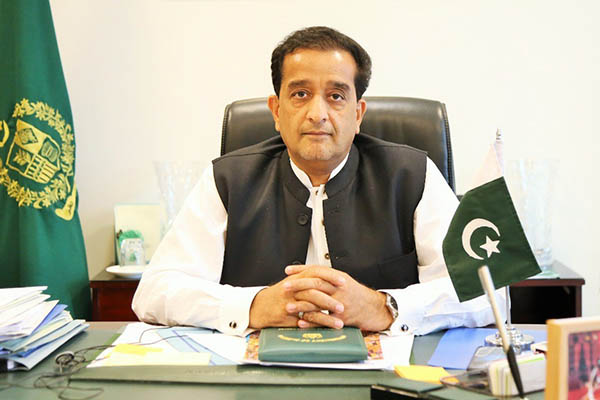 Talking a private news channel, Aslam said that following the federal cabinet’s approval of the National Electric Vehicles Policy last November, cheap and environmentally friendly electric vehicles manufactured in Pakistan would soon be available in the market. He said the government was planning on issuing various incentive packages within a month aimed at encouraging the use of electric vehicles among all consumers.

“Our purpose is to motivate people to use electric vehicles to improve the quality of the air our children breathe in,” he said, adding this would also prove economical in the long-term as it would reduce the country’s import bill for oil.

Aslam said Pakistan would utilize surplus energy to charge electrical vehicles, adding that last year’s policy had made domestic manufacturing of batteries easier, which would also help the country compete in the international market.

Per the adviser to the P.M., indigenously manufactured electric vehicles would carry at least four passengers, and would be waterproof, making them easier to operate in times of heavy rainfall.

Last week, Aslam told PTV News that the electric vehicles policy was part of the measures being taken by the incumbent Pakistan Tehreek-e-Insaf-led government to improve the country’s air quality by using best available technologies. He said vehicles operating on dirty fuels spewed hazardous smoke in major cities, and blamed them for attributing a majority of the pollution and smog that has been plaguing Pakistan’s major urban centers.

Aslam said the government had framed the electric vehicles policy after consultation with all relevant stakeholders from government and non-governmental sectors. He said the major transformation would be for people to switch from fueling at pumps to fueling at electrical outlet.

He also emphasized that the manufacturing of electric vehicles would help boost Pakistan’s economy and introduce new jobs and entrepreneurial opportunities as specific power stations to charge the vehicles would have to be established nationwide.