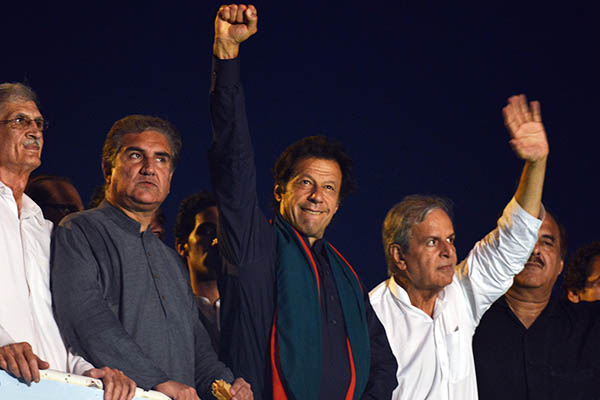 Opposition party claims government has not shown any sincerity toward initiating talks.

“We have always been very clear in our aims and our first and foremost demand remains the resignation of Prime Minister Nawaz Sharif,” said Qureshi via phone. “[Earlier this week] we deliberated on the government’s lax response to our protests during a meeting headed by [party chief] Imran Khan,” he said, “The consensus was that the government has not responded positively and has not shown any sincerity to initiate talks with the PTI.”

The PTI announced its intent to resign from the National Assembly, the Punjab Assembly and the Sindh Assembly on Aug. 18. It has retained its seats in the Khyber-Pakhtunkhwa Assembly, where it is in power.

Meanwhile, the Supreme Court on Friday rejected the government’s plea to order the PTI and Pakistan Awami Tehreek protesters to end their sit-ins outside Parliament House. According to Hamid Khan, the PTI’s legal counsel, a five-member bench led by Chief Justice Nasir-ul-Mulk ruled that the protest was related to political differences and should be resolved within the legal framework of the Constitution.

These people have damaged the image of the country and proved that everyone in this country is hungry for power and they will try to achieve their goals by hook or by crook….There is no change Imran niazi, you are worse than the current or previous rulers of the country. you have proved that you will do anything and everything to sit at the PM seat. you have no respect for others which explains a lot about your parents. they were worthless and did not train you on how to pay respect to others. Before you only looked like but now, you even sound like a street thug….you have absolutely no leadership skills or even a single quality.

Just a thought. Why have they not resigned from the provincial government of KPK where they are in power? Someone obviously wants the government to change but only where they have no stake in the system 🙂