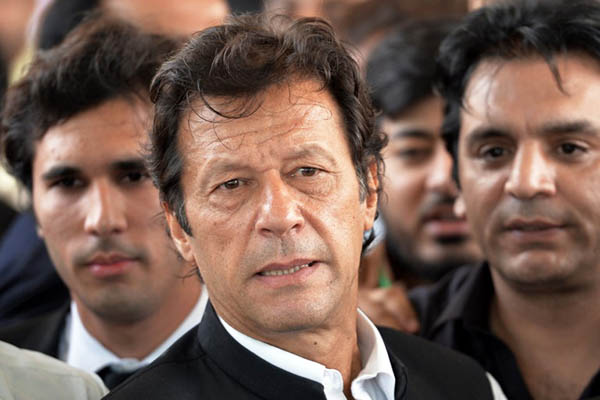 At least 10 supporters of cricketer-turned-politician Imran Khan were wounded Sunday when they came under gunfire while en route to an anti-government rally in Jehlum, police said.

Khan is staging large rallies across the country, calling for the resignation of Prime Minister Nawaz Sharif and holding of fresh elections. The latest incident occurred ahead of a rally on Sunday. “Ten people were wounded in the firing. One of them is critical and has been taken to hospital in Rawalpindi,” said Jehlum’s police chief Sarfaraz Wirk.

A spokesman for Khan’s Tehreek-e-Insaf (PTI) said security guards of provincial politician Chaudhry Nadeem Khadim, who belongs to the ruling PMLN party, were responsible for the incident. “I know that their people have been injured but first they [PTI activists] opened fire on my house and then my security guards opened fire in defense,” Khadim told private TV channel Samaa.

Police chief Wirk said: “Both sides are blaming each other for the firing but we will investigate the incident.”

Despite the firing incident, Khan addressed the rally, which drew thousands of supporters.

Thousands of activists from Khan’s PTI, along with populist cleric Tahir-ul-Qadri, have camped out in Islamabad since August, seeking the resignation of Prime Minister Nawaz Sharif. Qadri called off his protest last month and has left for Canada, where he is normally based, but Khan continues to address supporters from the top of a shipping container outside Parliament most evenings. The protests destabilized Sharif’s government for a few weeks, but have so far failed in their stated aim of bringing down his administration. Khan has announced a fresh protest rally in Islamabad on Nov. 30.