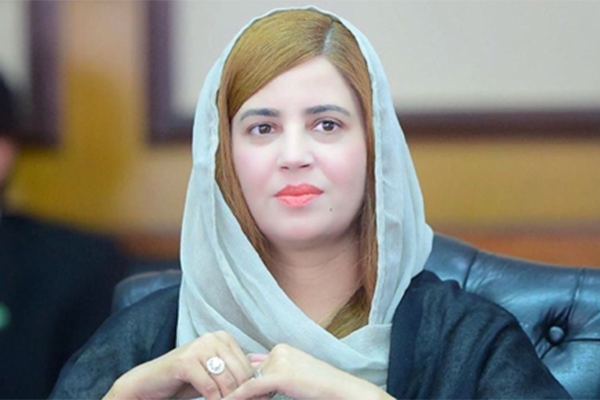 The incumbent Pakistan Tehreek-e-Insaf-led government will leave no stone unturned in ensuring the country’s disaster management bodies are capable of coping with incidents caused by extreme weather conditions and climate change, Minister of State for Climate Change Zartaj Gul Wazir said on Wednesday.

Addressing a press conference in Islamabad, Wazir said the government was taking concrete steps to strengthen the National Disaster Management Authority to boost its capacity to mitigate the suffering of any victims of natural disasters. Referring to the casualties caused by avalanches and heavy rainfall in various parts of the country, she expressed grief over the loss of lives, adding the government was prioritizing the rescue of people affected by the extreme cold in Pakistan’s north.

Prime Minister Imran Khan, said Wazir, had already ordered all departments concerned to ensure assistance for any affected families on an emergency basis. Doctors and paramedics of the Pakistan Army are also busy in treating the victims, she said. Clothing, shelter, medicine and rations are similarly being distributed among affected families, she added.

Effective national disaster management, said Wazir, is essential for the country to combat future challenges caused by climate change. However, she added, short-term policies are useless as they do not take into account potentially recurring problems.

According to Wazir, the government has directed all authorities concerned to remain vigilant to counter any emergency situation due to extreme weather conditions. “We have witnessed unprecedented cold and hot weather this year,” she said, adding that this was nothing new, as Pakistan had been suffering extreme weather patterns for the past decade. It is unfortunate, she said, that previous governments had not paid any attention to the looming threat of climate change and had not secured the latest technology to predict and counter such disasters.

Pakistan makes a tiny (less than 1 percent) contribution to global greenhouse gas emissions—the leading cause of climate change—but is among the countries most vulnerable, as it lacks the requisite technical and financial capacity to overcome global warming. The government has pledged to reduce emissions by 2030, as required by nations that signed the Paris Climate Accord, but it has not said how it would accomplish that given its development hopes, which would necessarily involve increased industrialization.

May Allah help you