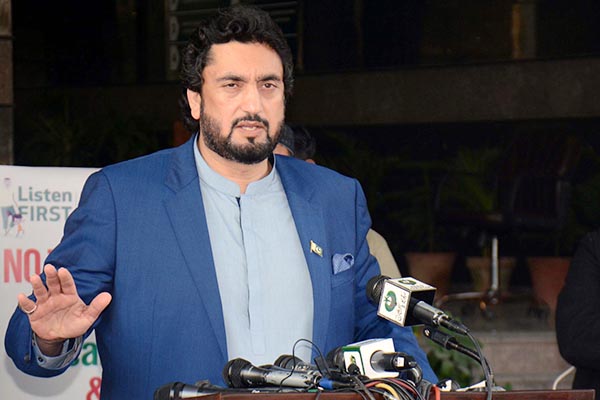 The Pakistan Tehreek-e-Insaf-led government on Wednesday announced that it would approach the Supreme Court of Pakistan against the Lahore High Court’s decision to grant bail to Pakistan Muslim League (Nawaz) leader Rana Sanaullah.

Minister of States for Narcotics Control Shehryar Afridi told a press conference that the government would review the detailed judgment granting bail of two surety bonds valued at Rs. 1 million each to the former Punjab law minister in a narcotics possession case.

To questions, he attempted to dismiss the perception that the case was politically motivated. “We [Afridi and P.M. Imran Khan] did not interfere in the legal proceedings [against Sanaullah]. There is no political victimization,” he said. “He was arrested by the Anti-Narcotics Force (ANF) which is a professional unit and we never interfered in the matter,” he added.

In its written order granting bail, the LHC said “lapses in the prosecution” were visible, adding there needed to be “further probe” to determine Sanaullah’s guilt. Authored by Justice Chaudhry Mushtaq Ahmad, the verdict goes on to say that it was curious that no recovery memo was prepared regarding the allegedly recovered narcotics. “Generally, in cases of recovery of narcotics, proceedings at the place of recovery are conducted in order to ensure fairness and transparency in the proceedings so that doubts may not be entertained by the public regarding action taken by the Investigating Agency,” he added.

Justice Ahmad also questioned why the investigating officer had not made any formal request for the physical remand of the accused, considering the allegations that he was operating a network of drug smugglers. “[This] indicates that the investigating agency was not interested in unearthing the activities of the petitioner regarding smuggling of narcotics,” the judge added.

The verdict also hints that the LHC is not satisfied with the government’s claims of no political victimization. Justice Ahmad states that this argument does not carry much weight at the bail stage “for the reason that deeper appreciation at the stage of bail is not permissible nor desirable.” However, he adds, “in the context of [the] petitioner being a vocal political leader of [an] opposition party, this aspect of the case could not be ignored as political victimization in our country is an open secret.”

In his press conference, Afridi emphasized that Sanaullah was still an accused and had not been exonerated of the charges of narcotics possession. “He [Sanaullah] has been granted bail by the court, not acquitted,” he said, adding he had seen all relevant evidence with his own eyes and this would be made available at the proper time and forum.

Afridi, at the time of Sanaullah’s arrest, had told media there was video evidence proving Sanaullah’s possession of narcotics. He had claimed this would soon be available to the media. Six months since the arrest, this footage has yet to emerge. “In the first press conference along with the ANF [Anti-Narcotics Force] DG, I had mentioned the footage of the incident. That doesn’t mean that there is a video of Rana Sanaullah posing for it. There’s a difference between footage and a video,” he said, without elaborating on what exact footage was available to him.

The ANF arrested Rana Sanaullah, the president of the PMLN’s Punjab chapter, in July over allegedly possessing narcotics. He has consistently denied the charge, denouncing the case against as being “fabricated” and “politically motivated.”

Reacting to the bail, the PMLN called for the resignation of Afridi over detaining Sanaullah “in a false narcotics case.” The party’s information secretary, Marriyum Aurangzeb, said that “Afridi should resign forthwith as his and his leader Imran Khan’s design in this respect has been exposed.” She accused Afridi of lying in and outside Parliament and trying to play the “religion card” to defend his false assertions.

Aurangzeb also slammed National Accountability Bureau (NAB) Chairman Javed Iqbal as a “tool of the selected prime minister.” She claimed NAB’s harassment was clear whenever it appeared in court. “When it comes to presenting proof in courts, NAB runs away. This proves the innocence of the detained political leaders,” she said.