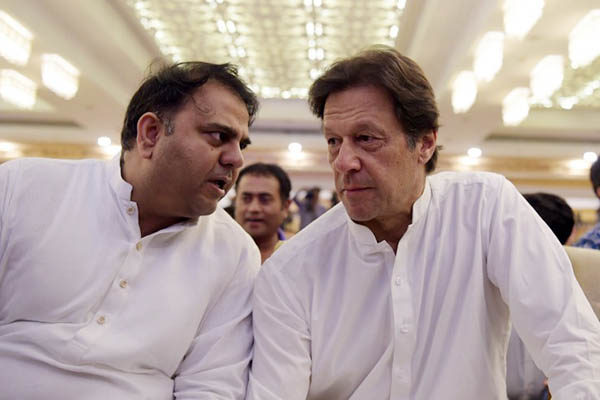 According to local media, Prime Minister Imran Khan presided over the meeting and claimed Rehman’s ongoing anti-government protest was abusing the “religion card” and had severely damaged the Kashmir cause by pushing it out of the public attention. “The country has rejected the maulana’s narrative,” he said, adding ‘Plan B,’ which seeks to block major traffic arteries nationwide, was merely the latest plan by the JUIF chief to fool the common man.

During the wide-ranging meeting, the participants also discussed former prime minister Nawaz Sharif’s ailing health and his refusal to leave the country under any conditions imposed by the government. Khan claimed he had no personal animosity toward Sharif and had facilitated the Pakistan Muslim League (Nawaz) chief on humanitarian grounds. He also accused the Sharifs of “playing politics” over the health of the former prime minister by refusing to furnish any indemnity bond to the government prior to getting his name removed from the Exit Control List.

Khan said it was clear to everyone that Sharif’s health was rapidly deteriorating, and the family’s first priority should be to take him abroad for treatment instead of arguing with the government over the legalities of it demanding submission of an indemnity bond valued at approximately Rs. 7.5 billion.

The prime minister, during the meeting, slammed his party’s social media team for failing to adequately inform the public about the “great accomplishments” of this government. He formed a committee, which will report directly to him, comprising Special Assistant to the P.M. on Information Firdous Ashiq Awan, PTI leaders Jahangir Tareen and Asad Umar and Science and Technology Minister Fawad Chaudhry to work on improving the government’s image.

The core committee meeting also formed two more committees; one to recommend and introduce changes that would bring the state in line with the state of Madina and another to oversee parliamentary affairs.