PTI Will Help Underprivileged Purchase Their Own Homes: Imran Khan 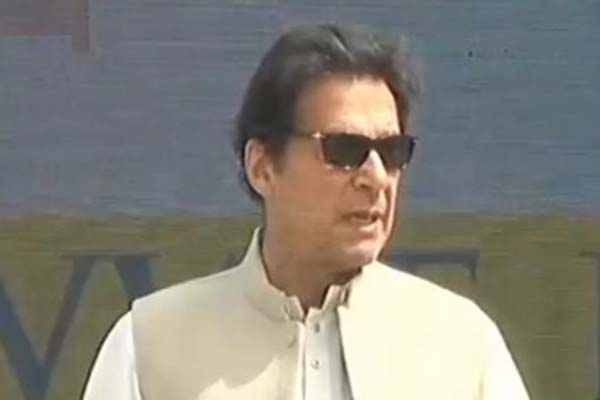 Prime Minister Imran Khan on Thursday vowed to improve the lot of society’s weakest and underprivileged segments during a ceremony to distribute 1,500 houses and apartments to members of the working class.

Acknowledging that it was difficult for the salaried class, daily wagers, and undocumented workers to construct or purchase their own homes due to inflation and hefty land prices, the prime minister said his government had launched the Naya Pakistan Housing Program to help them acquire homes at the same rates that they paid monthly rents. “Nobody thought about the marginalized groups of society earlier,” he claimed.

Khan highlighted that the incumbent government had introduced legislation to ensure banks provided loans on five percent interest rate for the construction of low-cost homes. He said Pakistan’s banking sector had promised to set aside Rs. 380 billion for this purpose, adding that the government was footing Rs. 300,000 for each apartment and house. The State Bank of Pakistan would ensure that these loans were easily available to the masses, he said, adding they would need to be repaid in around 20 years.

The prime minister vowed to allocate more funds for the housing program as Pakistan’s economy improved. He also took credit for a “construction boom,” claiming that this was a direct result of the government’s incentives for the sector during the coronavirus pandemic. He said this initiative would not only result in wealth generation, but also provide job opportunities for the country’s youth.

Prior to his speech, the prime minister conducted a lottery for the first houses to be distributed and handed over keys to the individuals whose names had been picked.

In his remarks, Special Assistant on Overseas Pakistanis Zulfikar Bukhari said the first phase of the project had been completed by the Workers Welfare Fund, and comprised 1,008 apartments and 500 houses. He said these would be given to workers on the basis of proprietary rights, adding that in the next phase 1,504 more units would be constructed.

Bukhari said this project marked the start of the weaker segments of society securing low cost and affordable houses.