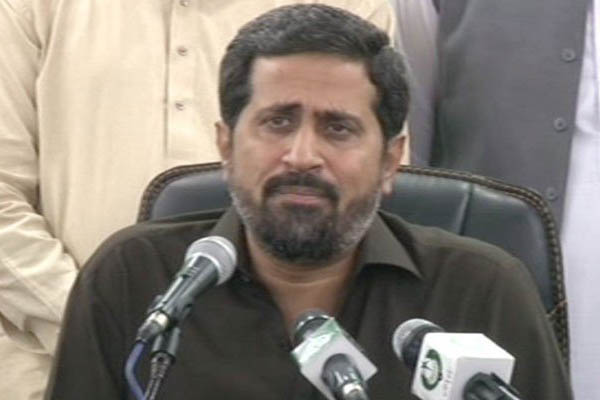 The Punjab government on Friday announced it will advise the federal government to continue movement restrictions in major urban centers of the province, as confirmed cases of the novel coronavirus are spreading rapidly in cities.

“Our government would officially advise the center against lifting lockdown in major cities of the province,” Information Minister Fayyazul Hassan Chohan told media after a meeting of the civil and military leadership of the province. “We have seen that coronavirus cases are high in numbers in some major cities. Therefore, if the center approves our suggestion, we will continue to impose restrictions in big cities such as Lahore, Rawalpindi, Multan and Gujranwala,” he added.

According to the World Health Organization’s May 8 situation report on Pakistan’s COVID-19 response, Punjab is the most affected province with 10,471 confirmed cases of the novel coronavirus. Around 4,000 of these cases have been reported from provincial capital Lahore, raising concerns that the virus is spreading rapidly through the city’s 12-odd million population.

Local media has reported that a meeting of the civil and military leadership in Punjab evolved consensus against lifting curbs in major cities due to the rapid spread of the virus in urban centers. This stands in contrast to plans announced by Prime Minister Imran Khan earlier this week, where he claimed “coronavirus was under control” in Pakistan, and more people would die of hunger than COVID-19 if lockdowns were not eased nationwide.

Chohan said the Punjab government would issue a detailed notification on the revised lockdown measures on Saturday (today). Per the federal government, exceptions have been provided to allied industries of the construction sector, as well as neighborhood shops and small- and medium-sized businesses. Suspensions of public transport—air, rail and road—are set to continue as all provinces have said these should not be eased, despite the prime minister personally believing they should also be restored.

To a question, the Punjab information minister said the Punjab Assembly would meet from today (Friday) for the first time since the outbreak of coronavirus in Pakistan in February. He said lawmakers would follow guidelines provided by the World Health Organization to ensure safety of all stakeholders.

Predictably, he also blamed the previous Pakistan Muslim League (Nawaz) government—now out of power for two years—for the healthcare deficiencies of the province, including a lack of ventilators urgently needed for COVID-19 patients.

The decision of the Punjab government to seek extensions to lockdowns in major cities stands in contrast to demands by the Pakistan Tehreek-e-Insaf in Sindh capital Karachi. Lawmakers have, in recent days, staged press conferences demanding all shops be reopened and lockdowns be eased entirely. The Sindh government, on Friday, said it would follow all guidelines issued by the federal government, but would not deviate and exceed those.