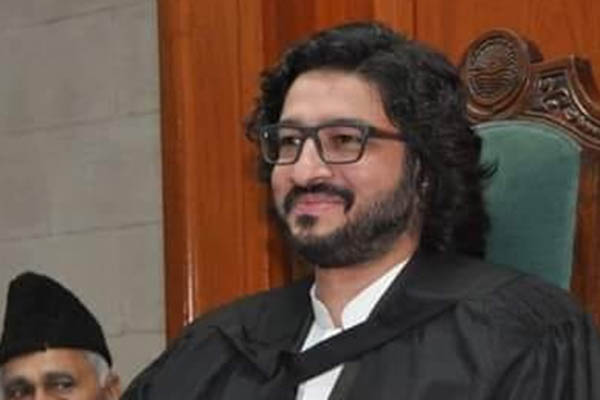 Punjab Assembly Deputy Speaker Sardar Dost Mohammad Mazari on Sunday announced that he had tested positive for the novel coronavirus, a little over a week after returning to Pakistan from Dubai.

In a video message shared on social media, Mazari said he was currently in isolation and was taking all necessary safety measures to prevent the virus from spreading further. He said that while he had tested positive, he was not experiencing any symptoms, and appealed to the public to pray for his health.

The deputy speaker said that he had initially been tested for COVID-19 on April 28 and had been found negative. Last week, he said, a retest had found that he had been infected with the novel coronavirus.

COVID-19 can have an incubation period of two weeks, which is why healthcare professionals require suspected patients to submit themselves to at least two tests to ensure asymptomatic carriers are identified.

The politician from Rajanpur had returned from Dubai by a special PIA flight along with two cousins at the end of April. After landing at the Multan airport, he refused to enter quarantine—as required by every other passenger returning from abroad—and promptly left for Lahore.

In an interview, Mazari claimed he had secured permission from the local district administration to violate the standard operating procedures, and had assured them he would self-isolate upon his return home.

Meanwhile, PTI MPA from Mardan, Abdul Salam Afridi, and Sindh Education Minister Saeed Ghani both contracted the virus but have since recovered.

Pakistan on Monday became the 19th most affected country with the coronavirus, as its confirmed cases of the disease climbed to 30,941. Nationwide, there have been 667 deaths from the virus and 8,212 people have recovered, leaving 22,062 active cases.