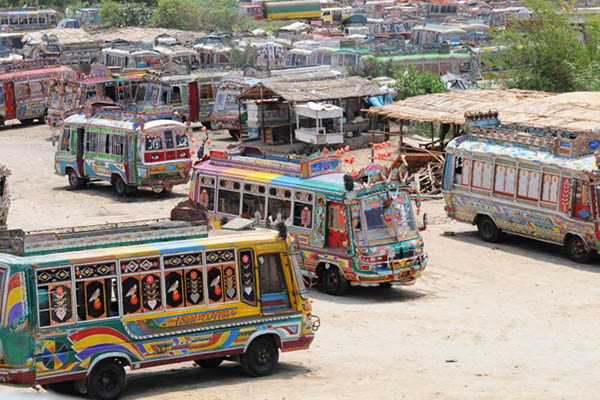 Transporters in Punjab province on Wednesday announced they would resume intercity bus services from today (Thursday) after the government caved on the implementation of standard operating procedures (SOPs) to curb the spread of the novel coronavirus.

Following a meeting between transport owners and senior government officials, Punjab Industries Minister Aslam Iqbal announced that transporters operating routes on the Grand Trunk Road would be allowed to operate at 100 percent occupancy and a 20 percent reduction in fares. Routes that utilize the motorway, he added, would not have any fare reductions.

“Routes on motorways have to follow the rules and regulations provided by the federal government,” said a traders’ representative, thereby they would be restricted to 50 percent occupancy and would not be able to reduce fares. “We may even have to charge more if there aren’t enough passengers,” he added.

Punjab and Khyber-Pakhtunkhwa had announced last week that they were restoring public transport services after Prime Minister Imran Khan claimed in a nationally televised press briefing that it would help the impoverished earn livelihoods. Both provinces had claimed they would implement social distancing guidelines to curb the spread of the virus, including 50 percent occupancy and no air conditioning.

While all services resumed operations in Khyber-Pakhtunkhwa on Monday, transporters in Punjab had resisted the decision, saying the imposed reduction in fares coupled with restrictions on elderly and children, and reduced occupancy were not acceptable to them.

After several days of negotiation, the deadlock has been broken with the government allowing transporters to violate social distancing guidelines without any concern.

Speaking with Punjab Transport Minister Jehanzeb Khichi on Wednesday, Chief Minister Usman Buzdar said the decision to resume inter-city transport services had been made in the larger public interest to allow people to return to their homes for Eidul Fitr.

He had also claimed transporters should be made to follow SOPs, as passengers’ safety was supreme—until it clearly wasn’t to restore services on the GT Road.