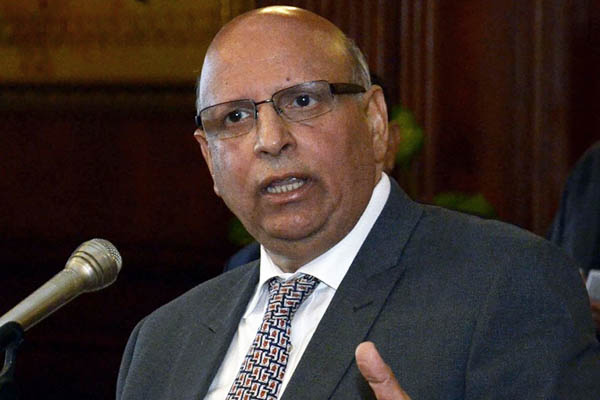 Mohammad Sarwar claims he stepped down from office due to his disillusionment with the present set-up.

Mohammad Sarwar, the governor of Punjab province, resigned on Thursday, saying the country’s political system had failed ordinary people and served “only the elite class.”

Sarwar, a businessman who served as a British member of parliament for more than a decade, was appointed to the largely ceremonial role in Pakistan’s most populous and influential province in 2013. The 62-year-old’s resignation, less than two years into the job, comes two days after he criticized the government for failing to persuade U.S. President Barack Obama to visit.

Sarwar renounced his British citizenship to take the role in Punjab but in his resignation speech in Lahore voiced disappointment at progress in the province.

“I am resigning because the system has failed to deliver to the masses,” Sarwar said. “The system is serving only the elite class and the common man is deprived of justice, rights and prosperity.”

Sarwar, who held elected office for Britain’s center-left Labour Party for more than 25 years in the Scottish city of Glasgow, said he was frustrated at the lack of progress in Punjab. “Social injustice is increasing in the province. The system is not delivering,” he said.

Sarwar called Pakistan’s inability to secure a visit from Obama—who this week made his second tour of India—a “diplomatic failure.”

One of Sarwar’s senior staff said the governor had tendered his resignation Wednesday night before announcing it Thursday. “The former governor left Governor House immediately after the press conference as a house was hired for him this morning,” the staffer said on condition of anonymity.

At his press conference on Thursday, Sarwar slammed the government for failing to address a widening poverty gap and doing more on crime. “I want to see a Pakistan where the son of a farmer, a cobbler, an ironsmith can also go to the Parliament and not just the sons of businessman and industrialists,” he said.