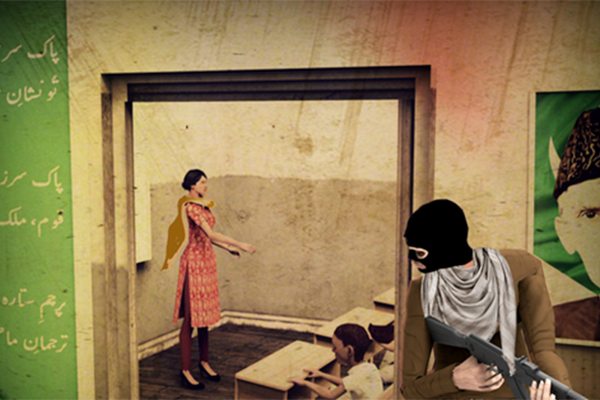 The mobile game caused uproar on social media, which lambasted it as ‘tasteless.’

A video game based on the Taliban school massacre of more than 150 people, mostly children, in Peshawar was removed on Monday after triggering a social media uproar, with critics blasting it as tasteless.

The game, called “Pakistan Army Retribution,” was created and released by the Punjab I.T. board on Google Play, and invited the player to step into the shoes of a soldier shooting extremists in the hallways of a school. It was inspired by Pakistan’s deadliest-ever insurgent attack, which saw nine Taliban gunmen storm a school in Peshawar, shooting students and teachers in cold blood and occupying the school for hours until they were killed by the Army personnel.

The December 16, 2014 assault shocked Pakistan, already scarred by a decade of attacks, and emotional ceremonies marking the anniversary were held across the country last month.

But after an article lampooning the game in English daily Dawn on Monday, social media users lambasted its makers for exploiting the tragedy. “Bizarre and distasteful,” wrote one user. “Play the APS game on Android, kill the bad guys, empathy and good taste in one go,” wrote another, referring to the Army Public School that was targeted in the grisly attack.

The Punjab Information Technology Board, a government body aggressively promoting digital innovation in the central province, offered a mea culpa on Twitter. “The APS game has been removed. It was in poor taste,” its head Umar Saif wrote. “Thank you for highlighting this mistake. We have made the amends.”

By Monday afternoon, the game was no longer available on Google Play.