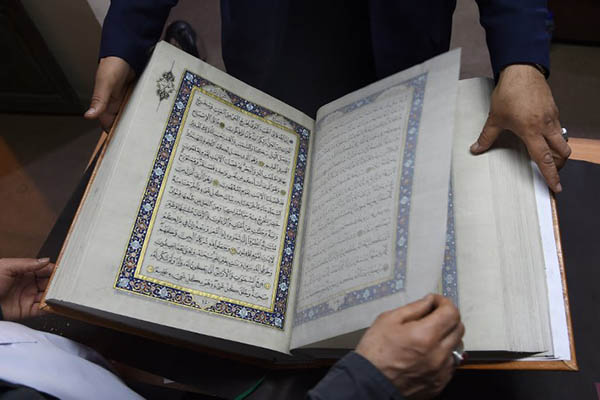 The Punjab government on Sunday announced it was making it mandatory for universities in the province to teach students the Holy Quran with translation, adding that any student that does not fulfill the requirement would be barred from graduating.

“Lecturers in all universities of Punjab will teach the holy Quran with translation to all students,” read a notification issued by the Punjab Governor Secretariat, which noted that this subject would have to be in addition to, not part of, the existing Islamiat course that is already being taught at universities.

According to the notification, “the Quran course may have equivalence to one credit hour per year (Theory/Practical) as the relevant university feels appropriate. However, the HEC limit of total credit hours in Undergraduate program must be followed.”

Additionally, the notification says that the “assessment of the Quran course must require each candidate to pass/fail. The student may be further assigned a grade as in any other credit subject, if University feels necessary/appropriate.” It notes that non-Muslim students may be offered the subject of Ethics as an alternate to teaching of the Quran.

Addressing a press conference after holding a meeting with vice-chancellors of various Punjab universities at Governor’s House on Sunday, Chaudhry Sarwar said success in the world and the hereafter can only be achieved through proper implementation of the guidelines of the holy Quran. “The historical decision to teach the Quran with Urdu translation has been implemented. This would be a compulsory subject in universities of Punjab without which a degree won’t be awarded,” he added on Twitter.

The decision to make teaching of the Quran with translation mandatory for university students has been in the works since April, when the Punjab governor formed a seven-member committee of vice-chancellors to submit recommendations on how to implement it.