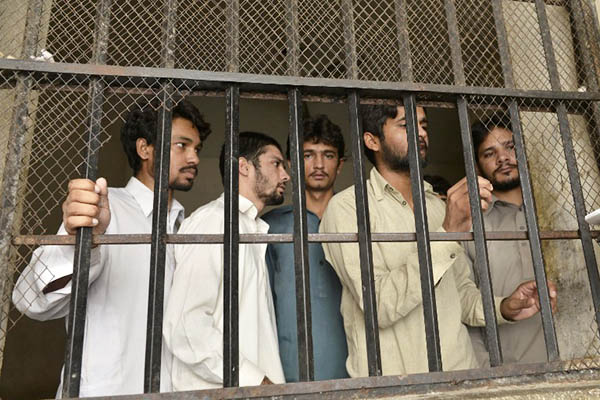 The Punjab government on Sunday announced a judicial inquiry into a massive child abuse and extortion scandal allegedly involving hundreds of victims amid mounting calls for justice.

At least 280 children were filmed being sexually abused by a gang of 25 men who blackmailed their parents by threatening to leak the videos, claimed Latif Ahmed Sara, a representative for the victims’ families.

Children aged mostly under 14 were also forced to perform sex acts on each other in the more than 400 videos made in Hussain Khanwala village since 2007, Sara and local media reports said.

“Around 300 videos of the kids have been leaked and every second child in this village is a victim,” Sara, a legal activist said.

Punjab Chief Minister Shahbaz Sharif on Sunday ordered an independent judicial probe into the case, amid mounting anger from rights activists and a flurry of media attention. “The chief minister [of] Punjab has ordered a judicial inquiry into [the] incident, those involved in the case will be punished and the affected families will be provided with justice at any cost,” the statement from the chief minister’s office said.

In an initial report ordered by the Punjab provincial government last week and carried out by police, local authorities described the allegations as “baseless.”

The media and rights activists rejected it, saying the officials carrying out the inquiry were biased. It came after parents of the victims clashed with police in Kasur as they staged a protest blasting authorities for failing to prosecute the criminals.

Over 20 people were injured in the clashes on Tuesday when police used force to disperse more than 400 protesters.

The gang allegedly attempted to extort money from parents of victims, selling clips of the videos locally for Rs. 40 Pakistan each if they did not pay up. “They made the video of my son in 2011 and we have been paying the blackmailers since then,” said the mother of one of the victims, who did not want to be named. “I have seen the videos, they are disgusting,” she said.

Another woman said she came to know about her son’s abuse last month when a video of him was leaked. “He was terrified, he had been subjected to sexual abuse for the past two years, today we went to the police station to file a report,” the distraught mother told AFP. “Every child in the village has seen the videos, they [the accused] had been extorting money from parents, threatening to leak the video otherwise,” she said.

An AFP reporter who visited the village said young children had clips of the abuse on their mobile phones, which they offered to show journalists for free.

“This is a very old incident and those posing as victims are cashing in on the issue to settle a land dispute,” claimed Shahzad Sultan, the area’s police chief. “We made announcements through mosques when we came to know about the incident and arrested eight people. The incidents stopped there.”

He claimed a group of young boys in their early 20s was making videos of “consensual” sexual acts for fun.