Punjab to Shutter All Markets Till Aug. 5 to Curb COVID-19 Spread 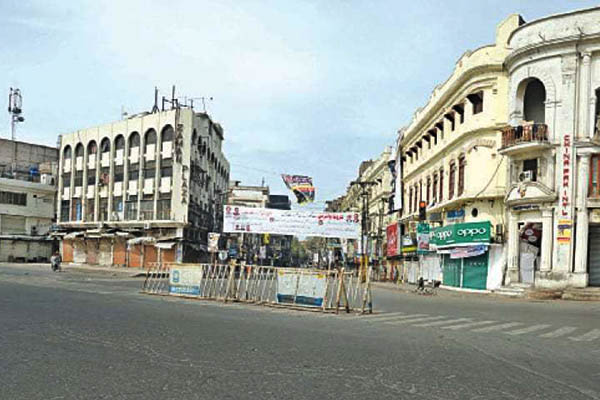 Markets and shopping centers across Pakistan’s Punjab province will be shuttered from midnight tonight (Monday) till Aug. 5 (Wednesday) as part of the government’s measures to curb the spread of the novel coronavirus during the upcoming Eidul Azha festival, information minister Fayyazul Hassan Chohan has announced.

“All business and commercial centers in Punjab will remain closed till Aug. 5,” he said in a statement to media.

The decision was taken during a meeting of the civil administration to review ongoing measures against the COVID-19 pandemic.

The Punjab government had, a day earlier, announced that it was imposing a “smart lockdown” across the province over Eidul Azha, adding strict enforcement of standard operating procedures would be ensured. While a notification has yet to be issued, sources within the government have claimed that the shop closures would not apply to cattle markets, utility stores, milk shops, tandoors and medical stores.

Earlier on Monday, Planning Minister Asad Umar told a press conference that while it was promising to see a decline in new infections of COVID-19, the threat was not over. “This is not the time for complacency,” he warned, as he urged the public to celebrate the upcoming Eid with simplicity and avoid public gatherings or risk a resurgence of the virus, as had happened after Eidul Fitr.