Who on earth was Dr. Leitner?

On Aug. 29, the Punjab Assembly uproariously shot down a proposal to rename Lahore’s Kutchery Road after Islamic scholar Dr. Gottlieb Wilhelm Leitner. The resolution for a Leitner Road was mocked mercilessly. “We cannot give un-Islamic names to our roads,” a pious member of the assembly thundered. The province’s law minister, Rana Sanaullah, agreed heartily and dismissed the good doctor as “this Hungarian called Leitner” who did not understand “our Islamic ethos.” 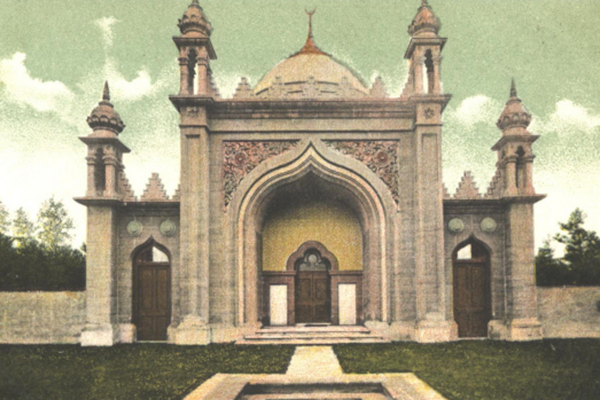 The fact is that not only did the late Leitner understand “our” ethos better than most, but that his time in pre-independence Lahore transformed the city’s educational landscape.

Leitner was Jewish-German by birth and became an Anglican in later life. For all his interest in the faith, he is not known to have ever converted to Islam. Early in his career, Leitner ran Woking hostel and mosque in London for Indian Muslim students. Woking was home to the Royal Dramatic College, which had fallen into disuse. Leitner snapped it up for £4,500 and converted it to the Oriental Institute. He decided to build a mosque on the estate and approached the Begum of Bhopal for a donation. She came up with £5,000. Construction of the mosque started in late 1888 and was complete the following year.

Born Gottlieb Saphir in the Pest half of Budapest in 1840, little is known of Leitner’s father except that he was certainly the brother of Moritz Gottlieb Saphir, a renowned German-language satirist and editor, and also of Israel Saphir, a merchant of Belgrade whose own son, Adolph, became a well-known Presbyterian minister and theologian. Leitner lost his father young, possibly in consequence of the failure of the 1848 Hungarian revolution. His widow mother moved to Constantinople with her two children. There, she married D. Johann Moritz Leitner, a Hungarian-born physician who had converted from Judaism to Protestantism. At that time Leitner was serving as a medical missionary mainly in Palestine to the Jews of the Ottoman Empire under the auspices of the Society for Promoting Christianity Amongst the Jews.

Leitner traveled extensively and learned voraciously. During the Crimean War, he took up a teaching appointment at Bursa, Turkey. In 1858, he enrolled at Malta Protestant College where he studied for seven months before moving to London’s King’s College for a divinity degree. The same year he became a lecturer in Arabic, Turkish, and Greek. He founded the Oriental section of King’s College and became its first professor and dean. By the time he was 23, he was a professor-dean, a master of the arts, a doctor of letters, and a doctor of law.

In 1864, the Indian government advertised the post of principal for Government College, Lahore. Leitner applied and, despite his youth and non-British upbringing, was appointed. Lahore was a special case, capital of the Punjab province annexed only 15 years earlier and enjoying a reputation for dynamism and experimentation. Unfortunately, it soon transpired that the authorities had got more than they had bargained for with Leitner.

What the administration expected from the college was an inexhaustible supply of literate, English-speaking Punjabis who could fill the lower echelons of the civil service. For Leitner this was anathema. Education was not about turning out clerks, he held, but encouraging the individual student to appreciate and contribute to his culture.

At Government College, Sanskrit and Arabic mattered as much as English. Leitner’s role as an educator in India was responsible for nothing less than the revival of cultures and for inspiring a new Indo-European renaissance. He introduced studies of Western science and a curriculum based on Western education. (In this, his collaborator was Maulvi Muhammad Hussain Azad, then a teacher at the college, who agreed with him that Enlightenment should be communicated through Urdu.) And Leitner chose the Kantian Enlightenment slogan, Sapere Aude (Courage to Know), as the college motto without telling anyone.

Leitner’s early publications included three Arabic grammars, a history of Mohammadanism, an Urdu translation of Macbeth, a journal of Sanskrit and Arabic criticism, and two weekly English magazines. He also started an English daily, The Indian Public Opinion, which later became the Civil and Military Gazette, on whose editorial staff Nobel laureate Rudyard Kipling worked for many years. His work on the religious seminaries of the Punjab of the mid-19th century remains a classic. He also wrote about the nomadic tribes of the province and was able to go to Baltistan a number of times to record the racial and linguistic aspects of the people he identified with the Dards mentioned in Greek and Latin accounts.

But Leitner’s greatest achievement was raising £32,000 by private subscription so that Government College could become the fully-fledged University of the Punjab, to which he was appointed as its first registrar. However, this was only one of the hundreds of schools and colleges that he frequently claimed to have founded.

Leitner’s genius was excessive; he never knew when to stop. Studying a language meant studying a people, and catering for their educational needs meant looking after every aspect of their welfare. (He knew eight different European languages by the time he was 9 and apparently knew 50, including dozens he picked up in what are now Pakistan’s Northern Areas, by the time of his death.) Leitner soon appointed himself spokesman for the entire Indian community. He started a bank and an agricultural cooperative—such conduct was not popular. His rebuffs to European intellectuals and his temerity to tell men twice his age how to do their jobs were exacerbated by his insulting manner: “Every conversation became a debate; and whether he was right or wrong was immaterial,” writes Muslim P. Salamat in A Miracle at Woking: A History of the Shahjahan Mosque.

Leitner published a number of works on his explorations, notably Result of a Tour in Dardistan (1877) and The Languages and Races of Dardistan (1893). Leitner was soon widely acknowledged in Britain as one of the greatest experts on Indian languages and cultures. In 1872 Leitner exchanged jobs with the Punjabi inspector of schools and discovered yet another family of Himalayan languages. He discovered a quantity of Indo-Hellenic Gandhara sculptures and took these to Europe in 1873, along with one of the Kafirs from the Chitral region.

India has honored Max Muller—an East India Company clerk who translated the Indian classics—by naming roads after him despite the fact that he never came to India. Leitner gave his life to Lahore and what is today Pakistan. He deserves to be better known by the Punjab Assembly.

Sharif road, zardari galli, or shahrahe mamnoon hussain can be the names of our roads.

Now about renaming the Gaddafi Stadium?

Pakistan does not even recognize Professor Salam as one of its children,so, forget about Dr. Leitner. Ask Imran Khan whether this ‘sharamnak’. I’ll be curious to find that out.

Zia’s protégés have not yet abandoned marketing Islam for their political goals.

We Pakistanis, including myself, are the most proud (arrogant) hypocrites. We changed the historical name of my hometown Lyallpur to FAISALABAD for few gallons of free gass. By doing so we express our pride and manhood yet our prime ministers and chief ministers and members of parliament love to have their three piece suits and shirts custom stitched from England. Their dressed up elegance, without eloquence though, defy the best of dukes and lords of England. Some of our prime ministers and/or aspiring prime ministers distinguish themselves by hardly knowing or speaking urdu, punjabi, or any other local native language but English. We love to walk like an Englishman, talk like an Englishman, eat like an Englishman, dress like an Englishman and even sleep like an Englishman but we are too pound of our nationalism and independence that we cannot stand “Lyallpur, Montgomery”, much less naming a road after a Jews name who helped us liberate our minds from slavery of ignorance and illiteracy. Our asses are too big than our heart and brain. We so proudly named an airport after one primeminister who helped her husband steel billions from our treasury to keep it safe in banks in England but to name a road to remember Dr. Leitner is against our manhood and pride and big fat ass.
Irfan Mehr

Sab kahan kuch laala-o-gul main numaayan ho gain , khak main kiya sooratain hongi ke pinhan ho gain. These parliamentarians are illiterate themselves and do not know the value of education and people who are scholars. We salute to Leitner for his work and devotion and assure his soul that one day people of Pakistan will recognize him. Compare Zardari and Shareefs with Alexander the great. When Alexander conquered Iran one of his servant gave him a small box, fully covered with priceless jewels. Alexander after seeing it said that he dose not have any diamond which can be kept in this box. After a while he said but we have a priceless thing which can be kept in it.” The poetry of Homer”. Alexander of those time was so wise that he knew the value of literature and poetry and our rulers of 2013 are so illiterate that they are unable to value the work of Leitner.

My question? Who proposed to change Kutchery road’s name to Leitner? Interested in the exception to the mob.

we sure are an ungrateful nation , we honor the looters , maunders , murderers , plunderers of our Lands , just because they were Muslim named Invaders , never recognize those dd something significant for our betterment , just because they are not muslim looking names … !!…. or even if they are like Dr Abdus Salam …. non-muslims …. no wonder we are where we are now at this point in time of history

Only warriors rather invaders from central asia and Afghanistan/Iran are our heros no matter they robbed us, dispossessed us of our lands, still they are and will remain our heroes otherwise very ideology of Pakistan will be at stake. Soon we will rename our roads after names like Sharah-e-Hafiz Saeed, Maulana Amir Hamza Road, Maulana Ludhianvi Street, Malik Ishaq Recreational park, Mullah Umer chowk, and Kakul academy will be renamed Asama bin Ladin academy of warfare, Abbotabad.

In response to Faheema:
That still is far better than Benazeer international airport, Gadafi Stadium, Faisalabad. British were invaders too, they robbed as much as they could and left when not much was left to rob. It is not a question of invaders, warriors or outsiders but our history. We must never forget our history. We must maintain the good and memorable milestones of our history to honor those who made history. Dr. Leitner not only made history but he became part of our history. Lot of our heroes would have remained illiterate and nameless without Dr. Leitner’s contribution.

I respect Dr. Leitner as the first principal of my glorious Government College University, Lahore. But, Giving name to a street on the name of a JEW!!!! I think thats not possible at all in PAKISTAN.