Put Down the Peace Pipe 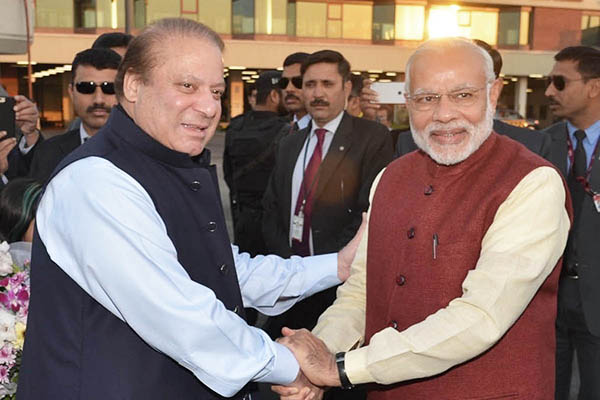 Islamabad on Tuesday welcomed an offer by Nikki Haley, the U.S. ambassador to the United Nations, to mediate a ceasefire between India and Pakistan, even as New Delhi rejected it. This was not surprising. Prime Minister Nawaz Sharif has always shown willingness to negotiate peace with India, but his “friend” in New Delhi, Prime Minister Narendra Modi, has no desire for it. There are reasons for the two leaders’ differing behavior.

Sharif wants to break the mold and try normalizing ties with India through trade, but remains firmly opposed by the entrenched India-centric narrative within Pakistan’s power centers. Modi, meanwhile, just scored a landslide win in state elections, at least partly on the back of demonizing Pakistan and rising anti-Muslim sentiment in India and the rest of the world. Can, or even should, Modi switch tack so soon after this euphoric phase? He has no reason to abandon his aggressive rhetoric for statesmanship.

New Delhi will inevitably try to frame its aversion to peace by claiming that the Kashmir issue will come up in the first round of talks and result in a stalemate on the pattern of previous efforts. Notorious for deadlocking talks, Indian negotiators are rarely willing to consider any debate that centers on the restive region.

As for Pakistan, Sharif will be hard pressed to convince lawmakers that free trade should supersede the violence in Kashmir. Its alleged linkages to bilateral terrorism also plague Islamabad. Despite global pressure, Islamabad has been unwilling or unable to deliver any meaningful progress on the trials of suspects linked to the 2008 Mumbai attacks or last year’s Pathankot strike.

A return to peace will require the leaders of both countries to be on equal footing. For Sharif, this means securing another victory for his PMLN in the 2018 general elections; for Modi, this will require time to simmer down from his heady rise as India’s strongman.