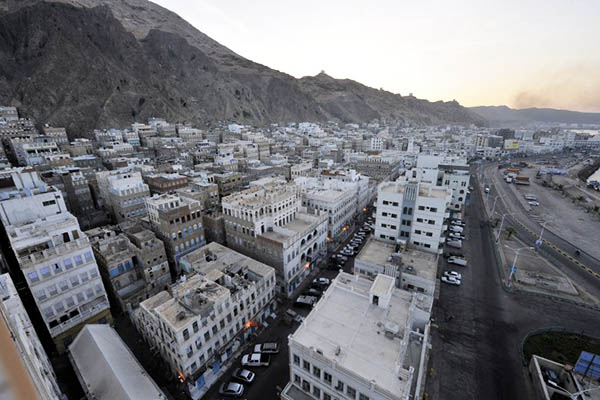 Major state facilities in Mukalla, including army camps and the airport, are still under government control.

Al Qaeda militants seized control of large parts of a provincial capital in southeastern Yemen on Friday, a day after freeing 300 inmates in a jailbreak in the chaos-wracked country, residents said.

Several hundred armed militants flying the black banner of the extremist network were seen patrolling and setting up roadblocks in central and western areas of Mukalla, the capital of Hadramawt province.

“Fighters of Al Qaeda in the Arabian Peninsula (AQAP) control districts in Mukalla but not the whole city,” a local official told AFP. Key state facilities in the east of the city, including army camps, the airport and the port, “are still under the control of government forces,” he added.

The extremists launched calls from mosques in the city for “jihad against Shias,” according to residents.

Yemen has sunk further into chaos since a Saudi-led coalition launched airstrikes on March 26 against the Shia Houthi rebels and their allies who have seized large parts of the country including the capital Sanaa.

Senior Al Qaeda figure Khalid Batarfi was among more than 300 prisoners who escaped from a jail in Mukalla on Thursday that was stormed by militants, according to security officials. Al Qaeda gunmen also attacked the local administration complex, a branch of the central bank and the police headquarters, the officials said.

Observers have warned that AQAP, which Washington considers the network’s deadliest franchise, could exploit the unrest to expand its foothold in Yemen. Before the latest chaos erupted, Yemen had been a key U.S. ally in the fight against Al Qaeda, allowing Washington to carry out drone attacks on its territory.