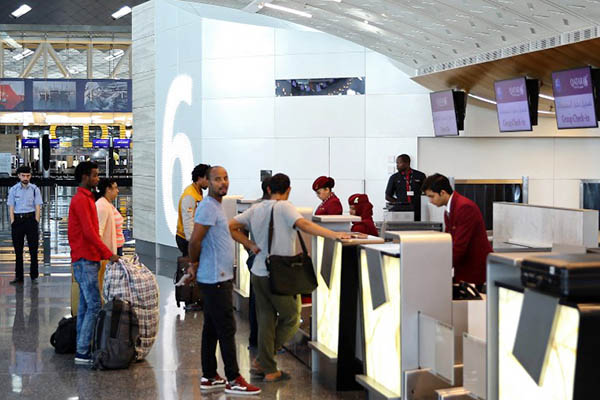 Per statement, Qatari nationals and iqama holders are exempt from ban but will be required to spend 14 days in quarantine

Qatar on Monday announced it is temporarily banning the entry of passengers from 14 countries, including Pakistan, due to concerns over the novel coronavirus epidemic. It did not give any date for when the ban would end.

In an official notification, the Middle Eastern nation said the ban would cover Pakistan, Bangladesh, China, Egypt, India, Iran, Iraq, Lebanon, Nepal, the Philippines, South Korea, Sri Lanka, Syria and Thailand. Surprisingly, the ban does not mention Italy or the United States, both of which have reported a surge in confirmed case of COVID-19 in recent days.

A statement issued by Pakistan’s Embassy to Qatar sought to clarify that the ban applied to visit visas, family visas and iqama holders. It said that the embassy was in contact with Qatar’s Foreign Office, and would inform Pakistani nationals if the decision were amended in any form.

According to the embassy, passengers have been advised to avoid any travel from Pakistan to Qatar—including any transit—until the Qatari government issues any new notification on the matter. A statement issued by Qatar Airways said Qatari nationals and those who are in possession of a Qatar Residency Permit were exempted from the ban, but would be required to spend 14 days in a quarantine facility as per the World Health Organization’s measures.

The coronavirus epidemic originated in China last year and has since spread to over 100 countries globally, with a death toll that has already exceeded 3,800 and more than 100,000 infections.

Pakistan, thus far, has confirmed seven cases of the coronavirus with one having fully recovered and one awaiting final tests before being discharged.