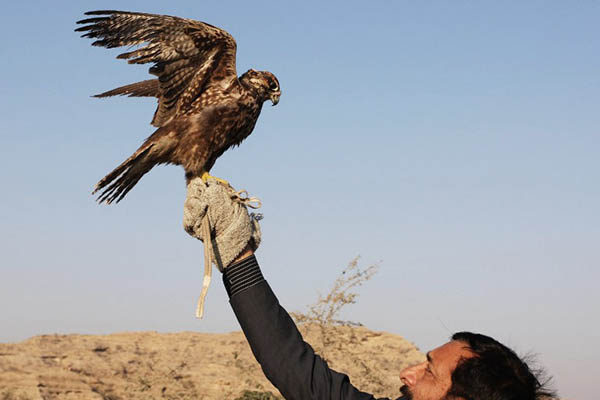 Authorities in Khyber-Pakhtunkhwa province have fined a Qatari royal $800 for hunting birds with falcons without a permit in the northwest of the country, officials said Wednesday.

The prince also did not have permits for the three hunting falcons he brought into Pakistan and they were detained, Urmar added. He said the Qatari’s hunting trip ended and he left after paying a Rs. 80,000 fine.

The issue of Gulf royals coming to Pakistan to hunt with falcons is becoming increasingly controversial. Last year a Saudi royal illegally hunted more than 2,000 houbara bustards, which are protected under Pakistani law.

And last month another Saudi prince came to hunt bustards, believed in the Middle East to have aphrodisiac properties, despite a court-imposed ban.

Critics say the Pakistani government is too willing to sacrifice the country’s wildlife for the amusement of wealthy Gulf royal families, which donate large sums in aid.