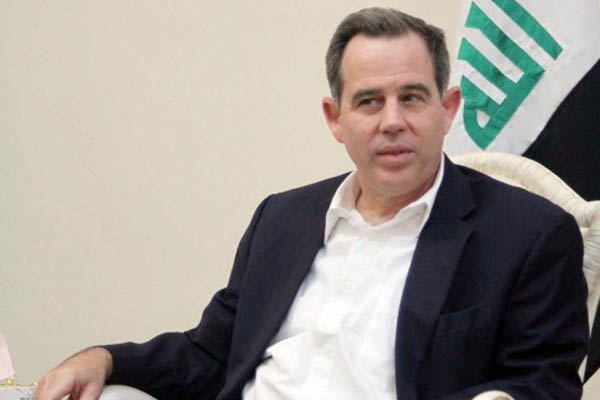 U.S. officials came out Tuesday to praise and defend President Donald Trump’s first Middle East tour, but one question about democracy in the region was met with a diplomatic pause.

At the White House, Trump’s spokesman Sean Spicer hailed an “unprecedented” foreign policy triumph that had “united the civilized world in the fight against terrorism and extremism.”

Despite criticism that Trump had brushed human rights concerns under the carpet when seeking arms deals and counter-terror cooperation, the White House insisted the trip had been a win. But at the State Department, Washington’s top diplomat for the Middle East—acting assistant secretary of state Stuart Jones—appeared momentarily ill-at-ease at a press briefing.

Jones is a respected career diplomat and former U.S. ambassador to both Iraq and Jordan who has been thrust into the limelight as the administration has been slow to fill more senior posts. He accompanied Trump and Secretary of State Rex Tillerson to Saudi Arabia and Israel last week and took to the State Department podium to brief reporters on their achievements.

His account of success in building ties with Saudi and other Muslim and Arab leaders matched the later White House briefing in substance, if not in Spicer’s hyperbolic language. But when an AFP reporter asked him whether the United States believes that democratic governance could help limit the spread of extremism, he fell silent.

Tillerson, the reporter noted, had criticized Iran’s conduct in the wake of this month’s elections there, while standing alongside officials from Saudi Arabia. “How do you characterize Saudi Arabia’s commitment to democracy, and does the administration believe that democracy is a buffer or a barrier against extremism?” AFP asked.

For 20 long seconds, Jones stood silently at the podium considering his response as reporters stirred nervously. Then he repeated the criticism of Iranian democracy. Trump and Tillerson’s visit, he said, had made progress in working with the countries of the Saudi-led Gulf Cooperation Council to combat extremism—of the kind backed by Iran.

“Clearly one source of extremism, one terrorism threat, is coming from Iran and that’s coming from a part of the Iranian apparatus that is not at all responsive to its electorate,” he said.

Officials took no more questions—but the uncomfortably long pause was quickly picked up upon by outside observers.

Shadi Hamid, a fellow at the Brookings Institution and writer on Islam and politics, tweeted: “Good God. That’s the longest pause I’ve ever seen from a U.S. official.” In a headline to a blog post, the progressive news magazine Mother Jones quipped: “At the State Department, sometimes silence speaks volumes.”

Another news site, The Week, suggested the official had been “completely stumped” by the question, and many social media users joked they thought their video footage had frozen. Others, including some former foreign policy officials, defended Jones as an honorable and well thought-of career officer defending a policy that was not of his making.