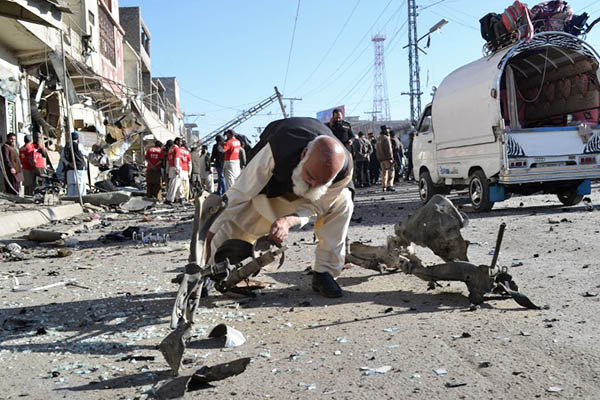 A bomb in Quetta on Thursday killed at least one person and wounded eight others, including two schoolchildren, officials said.

The blast on the outskirts of the capital of Balochistan province came during the morning rush hour. “A man riding a bicycle was killed in the explosion on the Sirki road, as eight others including two schoolchildren aged 10-12 years, were injured in the incident,” said Akbar Hussain Durrani, the home secretary of the province. “The school van these children were boarding also damaged.”

Durrani said that the target of the bomb, which was planted in a car, was not immediately clear but security forces patrol in the area. No security official was hurt in the explosion. Another senior police official, Aitezaz Goraya, also confirmed the blast and toll.

Nobody immediately claimed responsibility, but Baloch separatist rebels active in the area have recently intensified attacks against security forces, ethnic minorities and outsiders.

In October the Human Rights Commission of Pakistan said that more than 300,000 people, including minority Shias and Hindus, had left Balochistan over the past 10 years due to rising unrest.