Home Latest News Qureshi Thanks U.A.E. for Rolling Over $2bn Loan to Pakistan

Qureshi Thanks U.A.E. for Rolling Over $2bn Loan to Pakistan 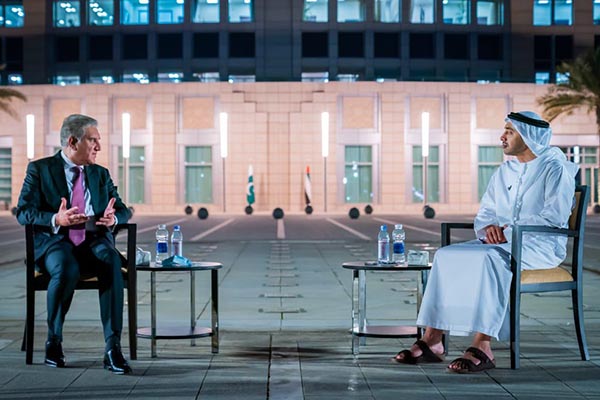 Foreign Minister Shah Mehmood Qureshi on Monday thanked the U.A.E. for rolling over a $2 billion loan of the Abu Dhabi Fund, stressing that this decision reflected the warm and brotherly ties between the two countries.

Qureshi met his U.A.E. counterpart, Sheikh Abdullah bin Zayed Al-Nahyan, at the conclusion of a three-day official visit to the Gulf state during which he met the Pakistan Business Council, members of the Pakistani community, including investors and businessmen, and interacted with local and international media in Abu Dhabi and Dubai. He also visited the World Expo 2020 and reviewed the Pakistan pavilion being set up to showcase the potential of Pakistan, according to a statement issued by the Foreign Office.

During his meeting with Al-Nahyan, Qureshi thanked the U.A.E. for its continued support and cooperation bilaterally, as well as at international fora. He also appreciated the U.A.E.’s progress and development over the last five decades, attributing this to its wise and visionary leadership. Foreign Minister Al-Nahyan thanked him, said the Foreign Office, and acknowledged the valuable role played by the Pakistani diaspora in the U.A.E.’s growth and prosperity.

“The foreign ministers reaffirmed their mutual desire to further strengthen cordial relations between the two countries,” read the statement, adding that they had reviewed the breadth of bilateral ties, with a focus on enhancing cooperation in diverse areas such as trade, investment, infrastructure, energy, technology, tourism and manpower. They discussed ways to boost such ties and agreed to facilitate ministerial level visits from both sides in this regard. The Foreign Office statement said that Qureshi outlined his plans for showcasing the history and future potential of Pakistan-U.A.E. cooperation at the World Expo 2020 in Dubai in October 2021.

Qureshi also lauded the positive contribution of the Pakistani diaspora toward the development and progress of both countries and emphasized the need to nurture and strengthen people-to-people linkages, and remove measures that hamper travel between the two countries.

Both leaders exchanged views on regional and global issues of mutual interest, with Qureshi briefing Al-Nahyan on the human rights situation in India-held Kashmir, and Pakistan’s ongoing efforts to support the Afghanistan peace process.

Qureshi also marked his second visit to the U.A.E. in five months by expressing his sincere appreciation for the Gulf state’s “warm hospitality,” said the Foreign Office, noting he had reiterated an invite for Al-Nahyan to visit Pakistan, which was graciously accepted.