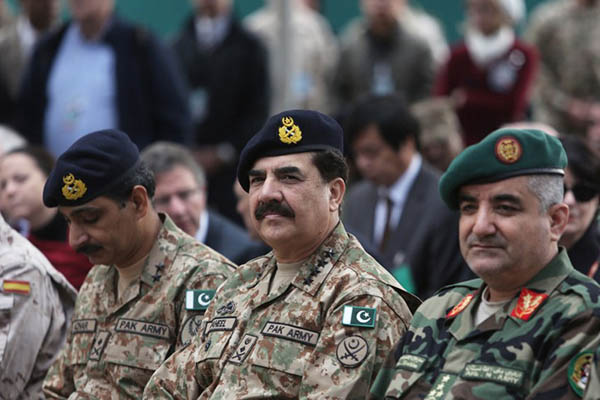 Islamabad’s approval of the former Army chief’s appointment as head of an Islamic military alliance goes back to the economy.

The PMLN-led government has given an informal go-ahead to Saudi Arabia’s appointment of former Pakistan Army chief General Raheel Sharif as supreme commander of a NATO-like Islamic military organization designed to tackle terrorism. This was never in doubt. Neither Islamabad nor the 29 other member states can afford to say no to the idea despite knowing the organization will go against the regional interests of Islamic state Iran, which is not among its ranks.

Realistically speaking, Pakistan had to accept the offer—and Iran is aware of it. Over the years, under Ayatollah Khamenei, Tehran has learnt that it will likely be isolated in its dealings with Arabs across the Gulf and the United States. Similarly, the West understands compulsions when they are hinged to economic benefit. Pakistan is critically dependent on dollar remittances from its expat workers in the Gulf; Iran has no Pakistani labor.

In 2015-16, overseas Pakistani workers remitted $20 billion. Of this, $10 billion came from Saudi Arabia and the United Arab Emirates, while the U.S. and the U.K. together accounted for only $5 billion. Currently Saudi Arabia and the U.A.E. are fighting the Yemen war to which Pakistan’s Parliament declined to send troops in 2016. Significantly, this year the remittances have declined by 14 percent. At the same time, King Salman has plans to visit India in the coming months. Is there a message in this?

Given Pakistan’s wobbly balance-of-payments position, it can hardly ignore the ominous smoke-signals coming from its disappointed Arab friends. The United States under Trump is expected to become less friendly after cozying up to India and increasingly taking on China at the global level. General (retd.) Raheel Sharif’s appointment therefore would clearly be a guarantee against a mass expulsion of Pakistani workers from Saudi Arabia and the U.A.E.

Interestingly this alliance is labelled as Anti Terrorism whereas all international terrorists( osama bin laden being just one) have their origin in Saudi Arabia, Egypt, Kuwait and UAE. These countries need to look within their territories for curbing the terrorism. This alliance is in fact an ACT of terrorism.