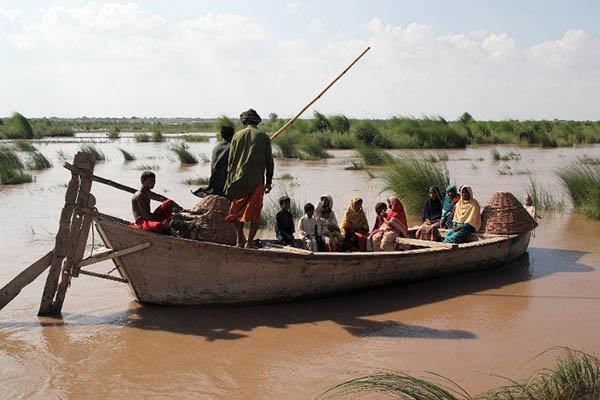 Torrential rains and flooding have killed 81 people in Pakistan over the past two weeks and affected almost 300,000, the disaster management agency said Tuesday, warning of more bad weather to come.

Severe rains, which began in mid-July, have caused havoc in both the north and south of the country, damaging more than 1,900 houses and injuring dozens of people, a spokesman for the National Disaster Management Authority (NDMA) said. At least 38 people were killed in Khyber-Pakhtunkhwa province and 19 in Pakistan-administered Kashmir, Ahmed Kamal told AFP. Eleven people also died in Punjab, eight in Balochistan and five in Gilgit-Baltistan.

“Fairly widespread thunderstorms, rains with heavy falls [in] scattered places and very heavy falls [in] isolated places” are expected in the coming days, Kamal said. So far 172,016 people have been evacuated to safer places, he said, adding that rescue teams from the military, provincial governments and NDMA were carrying out “relief and rescue operations” in the affected areas.

Torrential rains have also destroyed infrastructure, sweeping away dozens of roads and bridges in the Chitral district of Khyber-Pakhtunkhwa, while floods have inundated 375 villages in southern Punjab, the MDMA said.

Every year Pakistan is hit by severe weather patterns, which have killed hundreds and wiped out millions of acres of prime farmland in recent years, harming the heavily agrarian economy.