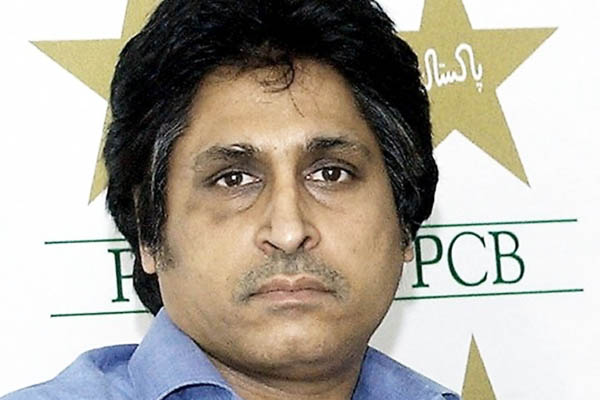 Former captain says arguments favoring disgraced cricketer are misplaced and he was not as naïve as implied by game managers.

Former Pakistan captain turned commentator Ramiz Raja on Wednesday criticized the lobbying for the return of paceman Mohammad Aamer, banned for spot fixing, saying his return would expose the team to the “virus.”

Aamer, along with Salman Butt and Mohammad Asif, was banned in a spot fixing scandal on Pakistan’s tour of England in 2010. The International Cricket Council (ICC), at the request of the Pakistan Cricket Board (PCB), earlier this month revised its anti-corruption code, paving the way for all the banned players to feature in first-class cricket a few months before their bans expire.

The PCB said it would launch an appeal for Aamer later this month and a final decision on when he can return to domestic cricket is expected at the next ICC meeting in January.

Ramiz questioned why Aamer’s return was fast-tracked. “Why is the world so keen to see Aamer back? The managers of the game, who for whatever reason are trying to fast-track him into the very system that he had wronged, have obviously not experienced the pangs of betrayal and cheating that fixing causes,” wrote Raja in his cricinfo column.

Raja revealed he had experienced how fixing can damage the game during the 1990s with a scandal which ultimately led to a life ban on then captain Salim Malik and fines on six leading players, including former captains Wasim Akram and current Pakistan coach Waqar Younis in 2000.

Raja said the current players needed to be asked would they like to play alongside Aamer. “Someone needs to ask the Pakistan players if they at all want Aamer back. After years of perseverance, Misbah-ul-Haq and his men have been able to salvage Pakistan cricket and its image,” said Raja of the current Pakistan captain. “Should they be exposed to a virus now? How unjust would it be to the performers who have toiled long and hard to make way for a man whose integrity is still suspect,” he added.

Raja, who played 57 Tests and 158 one-day internationals, refused to buy the argument that Aamer was naive. “The argument put across in Aamer’s favor is that his talent was compromised at a young age due to poor judgment and his naiveté, and because he comes from a poor family. If that is the case, there are millions of other Pakistani youth who have had a tough start in life, and less than ideal upbringings. Does that give them a license to use underhanded means and cheat to make a living? In fact, to quote an incident, I was approached to find out why Aamer had turned down a more-than-decent offer made to him by an English county just a day before he was caught,” said Raja.

“During my conversation with him regarding the offer, I realized that because the offer was a few thousand pounds short of what he expected, he was willing to let go of an opportunity to play and establish himself at a renowned and historic county. I came to the conclusion that he was not, after all, so gullible and naive about money matters. It is the most awful and sickening feeling. When a bunch of rogues you share the dressing room with are fighting tooth and nail to lose a match, it kills your desire to play the game, and whips up a desire to kill them.”

I believe Aamir should get another chance (after serving his ban) in view of his age at the time, his admission of guilt and ready willingness to go through rehabilitation. Butt and Asif remain unrepentant liars and should be banne
d for life.

An excellent piece and an exact portrayal of my stance on the matter. PCB as an institution and Pakistan as a Nation must learn to look beyond individuals. Aamer wasn’t there in UAE and we smashed the Aussies.
Secondly, the much taunted second chance to a poor fellow who sold National pride and personal integrity for a few bucks would simply establish a premise that “if you got talent you can f*$^ the team and country to make a quick buck.
This nonsense of a second chance is an insult to honest sportsman who put their hearts out on the field and not for the money but for glory and respect.
Cheaters and sellouts deserve to be punished and more so if we want to prevent the insult Pakistan had to suffer because of the naivety and greed of the trio.

Totally agree with Rameez, PCB is responsible for all this mess when it favors the individuals and make them bigger than the game.