Rapping for Peace in Kashmir 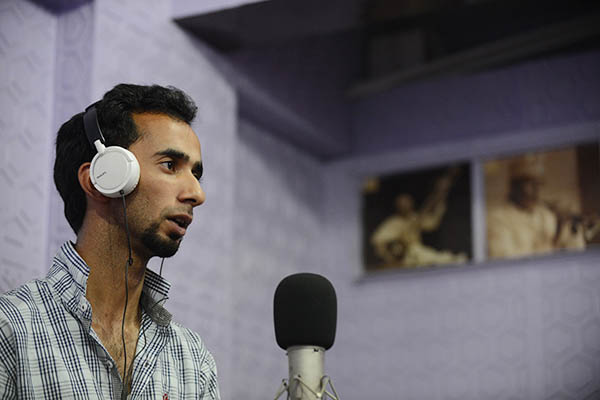 Hip-hop artists in Indian-administered Kashmir fight oppression and censorship to have their voices heard.

Being a hip hop artist in one of the most militarized and sensitive places on the planet is not easy, but MC Kash is determined to be heard from his home in the Himalayas.

The 23-year-old lives in Srinagar, the main city of Indian-administered Kashmir, which has suffered 20 years of separatist insurgency and decades as a focus of fighting between India and Pakistan.

Like many local Muslims, he chafes under restrictions imposed by an estimated 700,000 Indian security forces, with heavy-handed policing, human rights abuses and disappearances feeding his resentment. After his first song I Protest went viral in 2010, a year of huge and deadly demonstrations against Indian rule that saw 120 people shot dead, MC Kash saw the studio where he recorded it raided by police.

He says he learned the lesson.

Performing isn’t easy either. There are no public venues where performances can be independently staged and the ones owned by the government are tightly regulated by the authorities.

His popularity has inspired others to join in, like Shayan Nabi, a 23-year-old student whose gentle and calm personality gives way to anger when he gets in front of a mic. He grew up during the darkest days of the armed rebellion against Indian rule that began in 1989 but has petered out in recent years, with violence now at a two-decade low.

He says he was a bystander until 2010 when he witnessed hundreds of thousands of Kashmiris take to the streets in the anti-India protests of that summer, which saw security forces firing live ammunition at crowds.

“As news of youth dying came in everyday I started reading history and writing songs to protest against what had been happening to my people,” Shayan said. “If two people outside Kashmir get to know about my music, what’s happening here, they can connect to this place, they can at least raise their voices like I do,” says Shayan.

Many Kashmiri rappers said that plainclothes police officers visited their homes on several occasions making “intimidating” enquiries about them and asking them to report to police stations.

Though modern-day rap has its roots in the United States, Kashmir has a long tradition of protest through poetry and music. Before 1947, when the former princely state was divided between India and Pakistan as the two countries won freedom from Britain, Kashmiri Muslim artists used rhyming spoken word called Laddi Shah to ridicule their Hindu rulers.

Inspector general of police, Abdul Gani Mir, denies that his officers are trying to muzzle dissent by keeping tabs on local rappers. “A lot of things do happen in the society and it is our mandate to verify things. If policemen visited their homes and tried to verify, there’s no harm in that and it doesn’t amount to harassment,” said Mir.

That young people are channeling their frustration into music instead of violence is a positive development, but Pervez is critical of “repressive tactics” being used to silence artistic dissent.

Last month, music in Srinagar made headlines for the wrong reasons after the German embassy in New Delhi organized a performance by the 70-member Bavarian Orchestra conducted by Indian-born maestro Zubin Mehta.

The “peace concert,” intended to showcase the picturesque Kashmir’s tourism potential, was attended by about 2,000 invitees but became embroiled in controversy after local separatists accused Germany of endorsing Indian sovereignty in Kashmir.

“you selling peace? you stupid? in a land that’s still disputed

your vision’s all polluted if you can’t see the persecuted ….

you selling peace we ain’t buying it

this is Orchestra of War.”