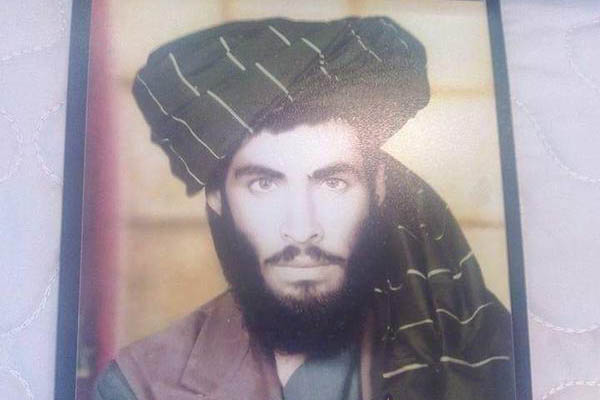 Colorized image shows deceased militant with both eyes, one of which he lost during the 1980s.

The Afghan Taliban have released a striking new picture of late founder Mullah Omar from his days as a religious student, the only known image of the reclusive leader before he lost his right eye in battle.

The picture, taken in 1978, was first posted on the Taliban’s official site. A clearer scanned copy obtained by AFP Monday shows a youthful, thickly-bearded Omar wearing a green turban and a waistcoat over his traditional Afghan tunic, as he stares directly into the camera.

A senior Taliban official who sent AFP the picture said it was originally a black-and-white image that was later colorized.

The life and death of Omar remain shrouded in mystery and the new image may be one of only two verified photographs. “The picture was taken while Mullah Omar was a student at a madrassa in Kandahar,” the official said.

According to an official biography he was born around 1960 to a humble family in the southern Afghan province of Kandahar. He fought with the Afghan mujahideen against the occupying Soviet army in the 1980s and lost his right eye in battle, possibly to exploding shrapnel.

Taliban legend has it that he cut out the wounded eye himself, while more prosaic accounts say he was treated at a hospital in Pakistan.

After the Soviets pulled out in 1989 he returned to his native area as a prayer leader and teacher, attracting a band of students that later became the Taliban. Under Omar’s leadership they took power in Kabul in 1996 but were toppled by a U.S.-led invasion in 2001.

Omar remained a unifying force during the Taliban’s insurgency against the Afghan government and foreign troops. His death in 2013, reportedly due to illness, was covered up by the insurgents until July this year.