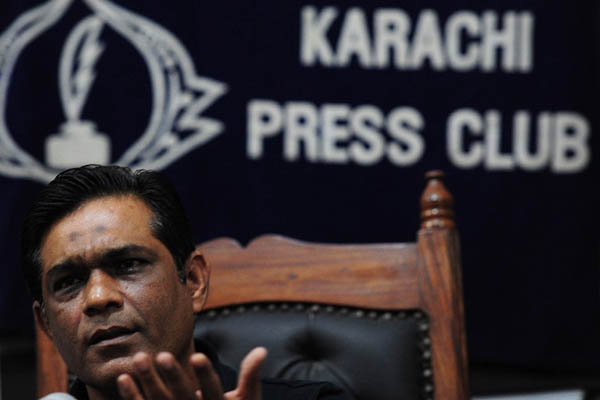 The turmoil surrounding Pakistan cricket took a new turn on Wednesday as former captain Rashid Latif turned down the job of chief selector following an alleged disagreement over his working conditions.

Pakistan cricket has been hit hard by a series of off-the-field controversies in the past year, particularly a legal row over the job of the Pakistan Cricket Board (PCB) chairman. Last week the team failed to reach the semi-finals of the World Twenty20 in Bangladesh, prompting captain Mohammad Hafeez to step down.

Latif’s refusal to take over as chief selector, a role he was due to begin in April after being appointed two months ago, is the latest blow to the Pakistan cricket set-up. “The PCB considered me for the important slot and I, after thorough consideration, politely turned it down,” Latif said in a statement.

Latif, known as a strict disciplinarian in his efforts to promote cricket, had demanded he report only to board chairman Najam Sethi or chief operating officer Subhan Ahmed. But sources said the PCB wanted him to report to director of game development Haroon Rasheed, and as a result he turned the job down.

“No hard feelings for both parties. I don’t want to get into controversy and I hope Pakistan cricket will flourish under the chairman and board,” said Latif. “I will not make any further statement. There has been too many [speculations] in the media.”

Latif also refused the additional responsibility of helping as an adviser on anti-corruption matters, a role offered to him for his services in the fight against corruption during his cricket-playing days. Sethi had offered Latif the role after being reappointed PCB chairman by Prime Minister Nawaz Sharif in February.

Latif blew the whistle on his teammates in 1994, resulting in the Pakistan government initiating a judicial enquiry which led to life bans on former captain Salim Malik and bowler Ata-ur Rehman, and fines on six other players including bowling greats Wasim Akram and Waqar Younis. Sources in the PCB said Latif would likely meet Sethi next week.

Latif played 37 Tests and 166 one-day matches for Pakistan and also coached the Afghanistan cricket team, leading them to a silver medal finish in the Asian Games in China in 2010. He also runs cricket academies for young people in various cities across Pakistan, a role which many believed would have helped him in the selector post.