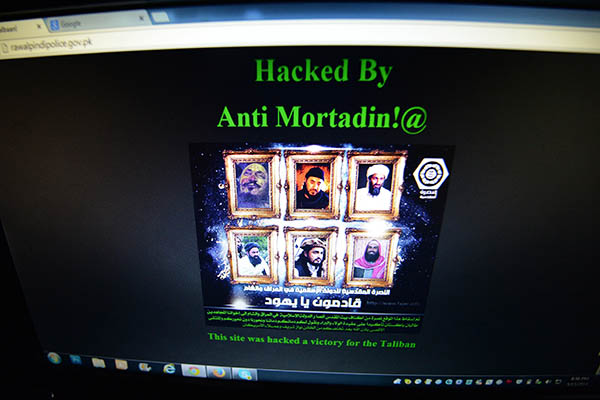 Hackers attacked the website of the Rawalpindi police late on Thursday but no sensitive data has been compromised, an official said.

The Rawalpindi police’s website was plastered with photographs and videos of Al Qaeda and Pakistani Taliban leaders and a message saying “Hacked By Anti Mortadin!@”

It was unclear who the hackers were with no group claiming responsibility for the cyber-attack.

“This site was hacked … a victory for the Taliban,” said another post. A Taliban spokesman was not immediately available for comment.

A police official in Rawalpindi confirmed the hacking, saying that no sensitive data had been breached as the website was mostly used for public awareness campaigns. “It was our official website but it had no data about criminals, it was basically for public awareness,” the official said under condition of anonymity.

“The website had no sensitive information. We have started repairing it and blocked further access,” the official added.